After Indian police interrupted an illegal sand-mining operation in Maharashtra and seized the 43 donkeys involved (plus two foals), Animal Rahat stepped in to feed and care for the animals while they were in police custody. They had been forced to haul sandbags weighing as much as 440 pounds (200 kilograms) on their backs. How wonderful it would have been if, as they toiled, they had known that their lives were about to take a 180-degree turn for the better! 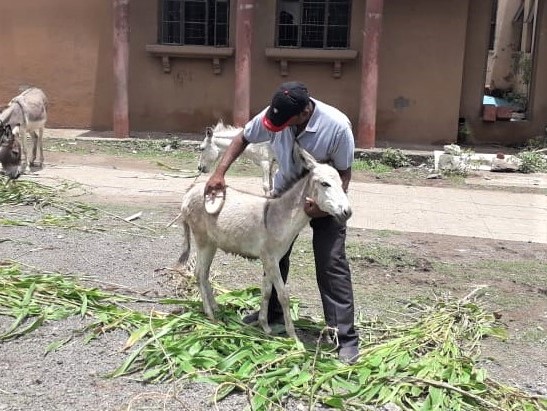 Animal Rahat assessed all the donkeys for illness and injury and groomed them while they were still in police custody. 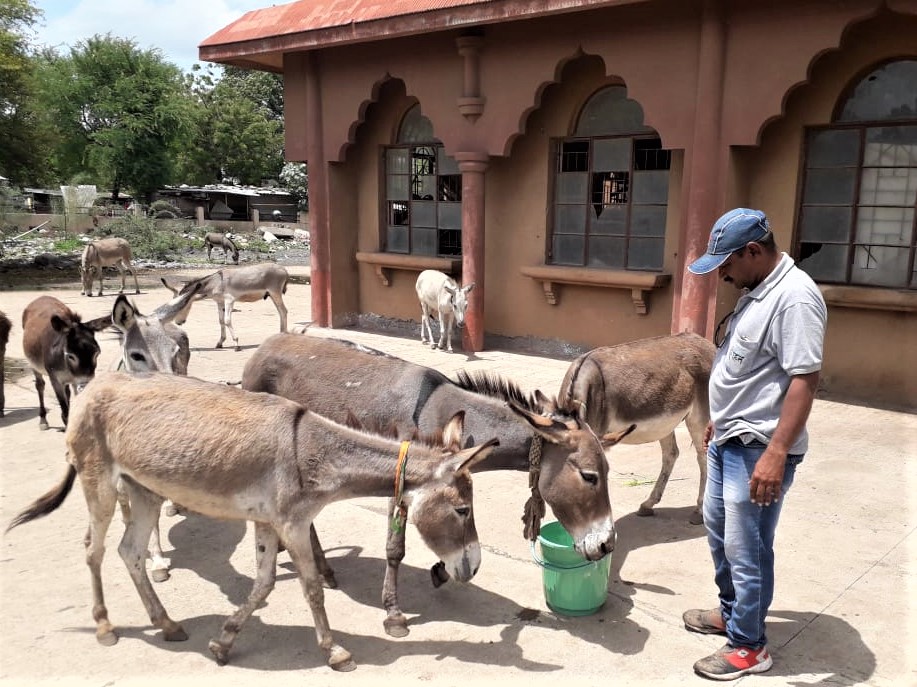 Animal Rahat staff ensured that all the donkeys had clean water and healthy food while they awaited transport to the sanctuary.

Animal Rahat assessed all the donkeys and determined that each one was in good health and ready for transport to its partner sanctuary in the Nilgiri Hills. They were carefully loaded into trucks and even received a police escort part of the way to their new home. 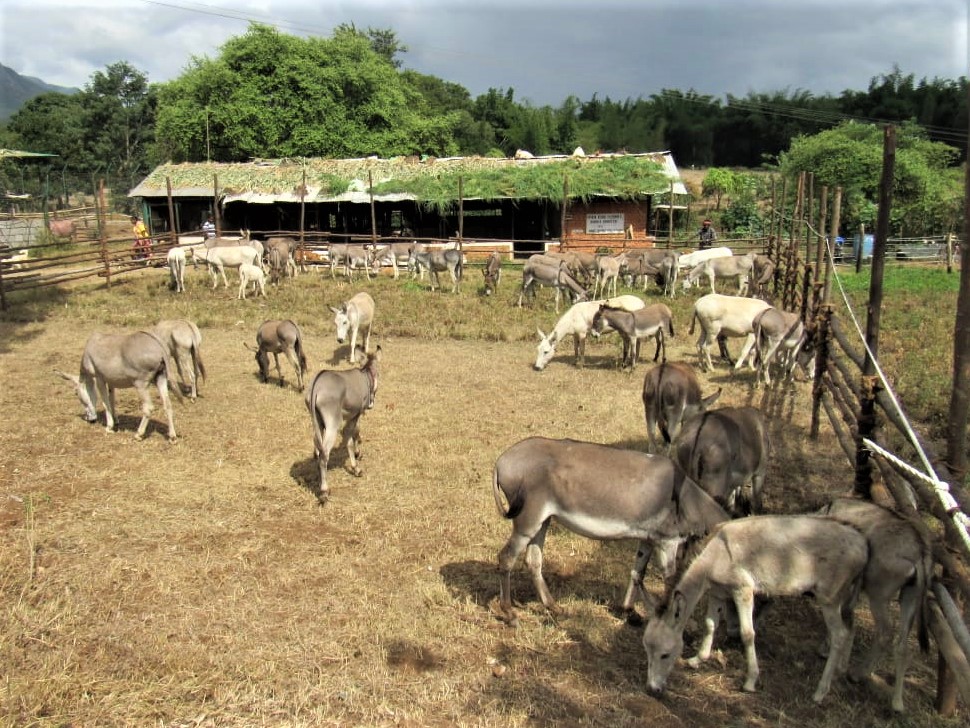 The spacious sanctuary in the beautiful Nilgiri Hills is a peaceful home where the donkeys can relax and enjoy life for the very first time. 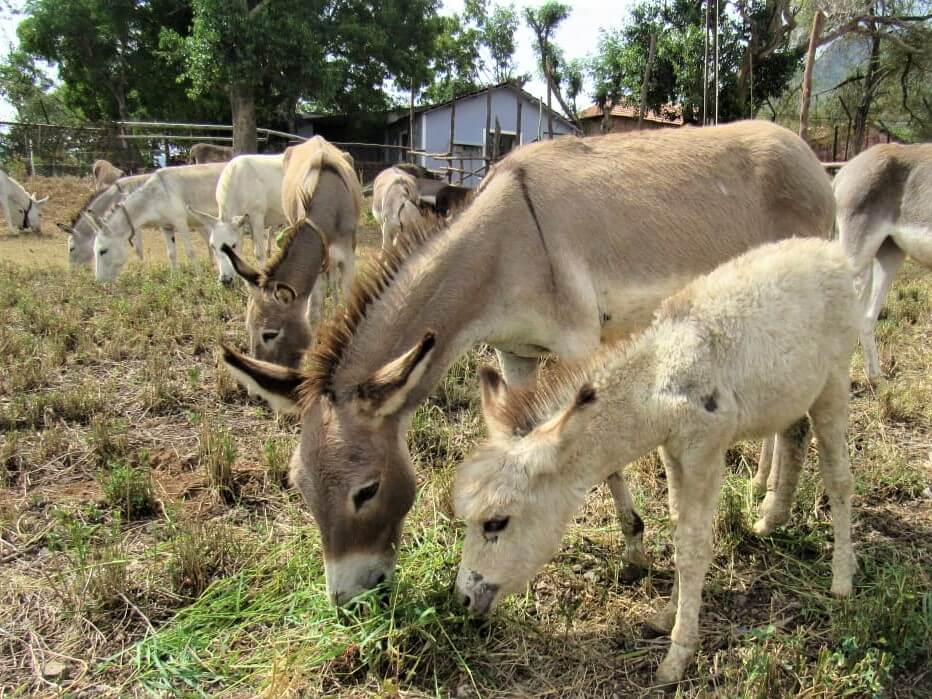 Thanks to police intervention and Animal Rahat, this foal will never know the pain and burden of forced labor.

Now all 45 donkeys are living the good life. They have shelter and shade, fresh food, clean water, and plenty of space to walk about, unburdened, and graze. They can do as they please—with no sandbags in sight! And since their lifetime care is the responsibility of Animal Rahat, they have a safe, peaceful future ahead of them.

Please help support these rescued donkeys—and all of Animal Rahat’s work for animals in India—by making a gift today. 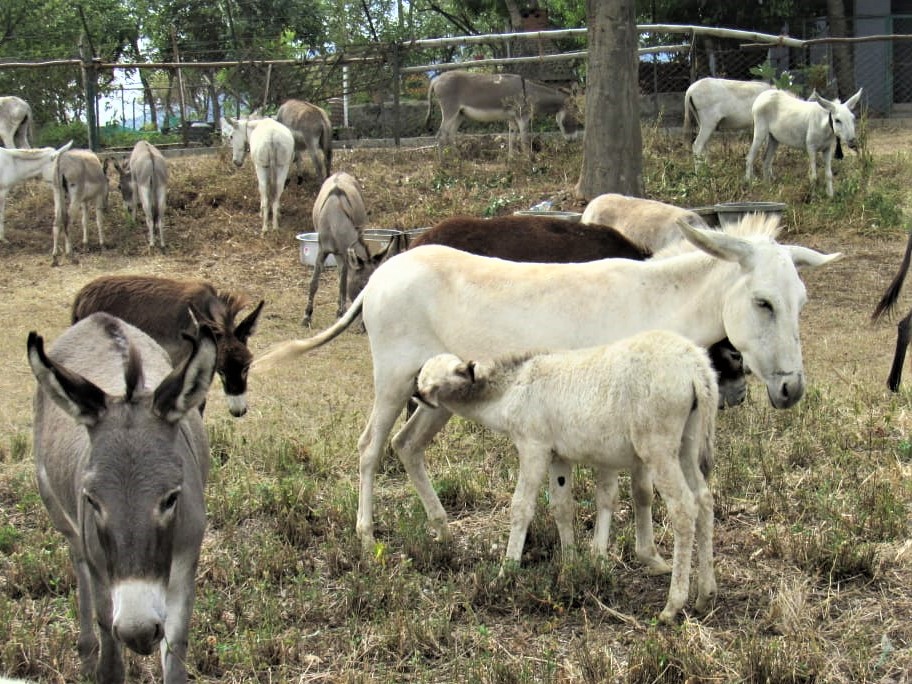