When Animal Rahat arrived to help two Indian rat snakes out of a deep well, the pair of 7-foot-long contortionists had adeptly hidden themselves in narrow crevices along the rock wall, out of the rescuers’ sight. After hours spent waiting for them to reappear, the team had to leave for other emergencies but not before urging the well’s owner to call them back the moment the snakes reappeared.

Soon after they reemerged the next afternoon, Animal Rahat’s rescuers were on the scene to help. 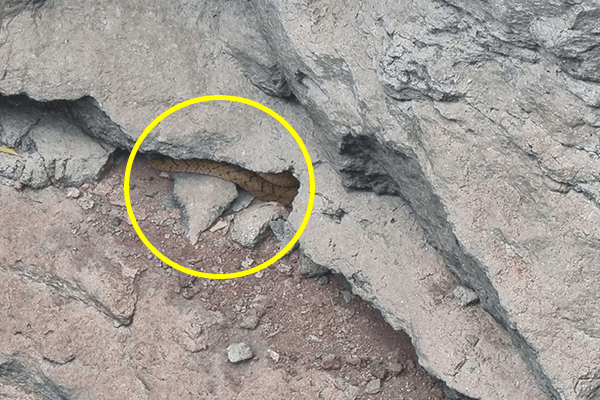 A team member carefully rappelled down the well wall, but the frightened, fast-moving snakes darted away from his grasp each time! The team kept at it—even as the sun sank below the horizon. 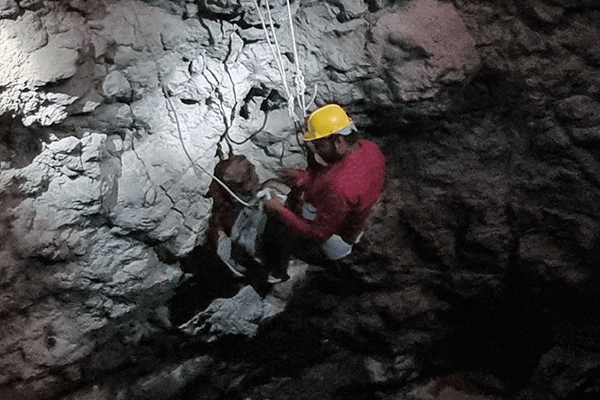 After three long hours working under spotlights, a rescuer finally managed to reach the snakes and place them in bags so that the team above could gently pull them to the top of the well before releasing them a safe distance away.