After finishing his night shift and heading home, an Animal Rahat sanctuary caretaker noticed a skinny, injured cow bleeding from her legs. A closer look revealed puncture wounds, likely from a nearby barbed wire fence. Although the frightened cow allowed him to get close enough to clean and dress her injuries, the moment he was done, she quickly ran off!

With staff now aware of the cow from the caretaker’s report, a similar scenario—but with a much different ending—unfolded a few days later. Another caretaker who lives in the same village was heading home and spotted the same cow.

This time, other team members rushed to the scene, and they soon managed to catch the injured cow before she could run off again. After treating her and administering pain medication, a caretaker arranged for one of his neighbors to keep her safe in his barn so the team could visit daily to tend to her wounds and ease her pain. 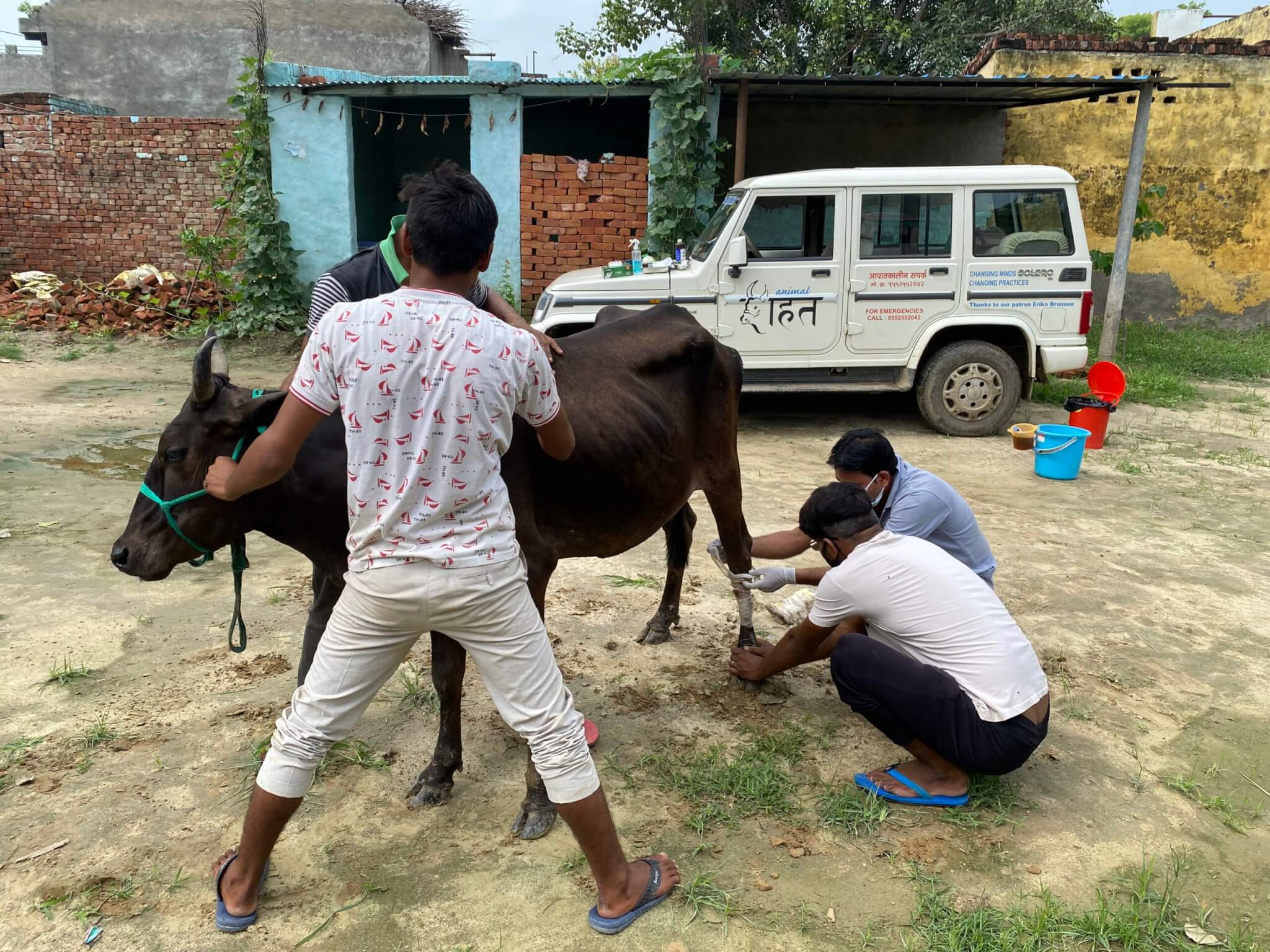 After two days, the barn’s owner informed the caretaker that he didn’t want the cow there any longer. The team scoured the village in hopes of finding her owner, but no one came forward to claim her, so they brought the cow to the sanctuary, where she would always have a loving place to belong.

Staff members welcomed the cow, now named Ganga, to her new home with a beautiful garland of edible marigolds and a full bowl of sweet jaggery and fruits.