One glance is all you need to see that Samarth, an old camel, was suffering tremendously. Abandoned in a village in Solapur, he must have been desperate as he roamed the streets, unable to find anything to ease his empty stomach. Surely his exhausted, wounded body ached as well, pushed to the limit as he tried to escape children who chased and beat him with sticks. 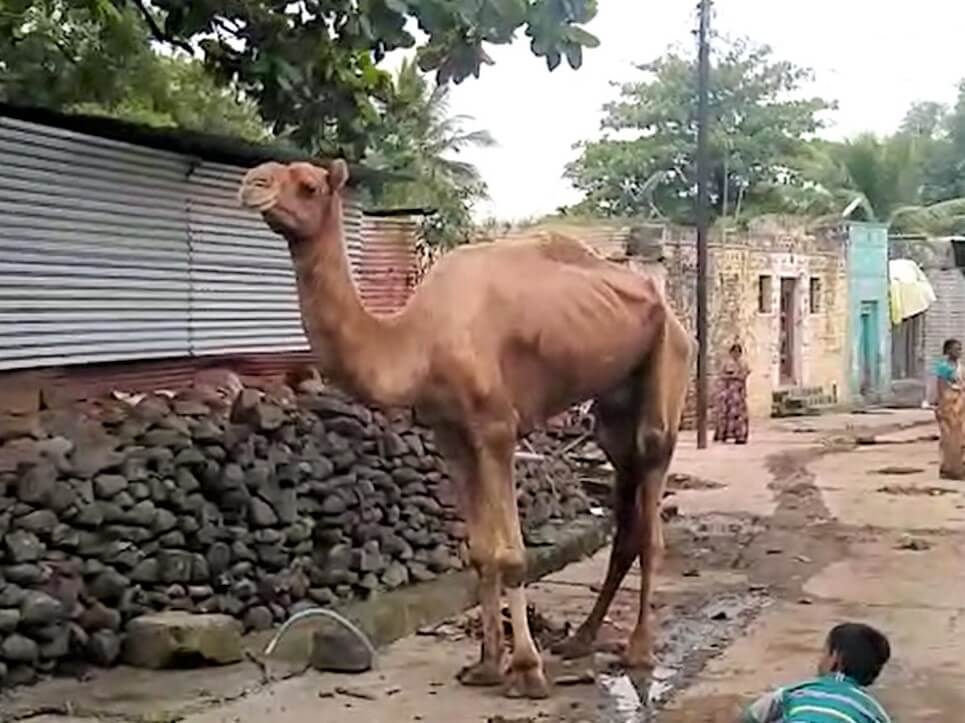 Villagers – unsure what to do about this homeless and obviously unwell camel, an animal not from that area at all – contacted a reporter, the police, and the forest department. At the reporter’s urging, they then called Animal Rahat’s 24-hour emergency line to seek its expert help. 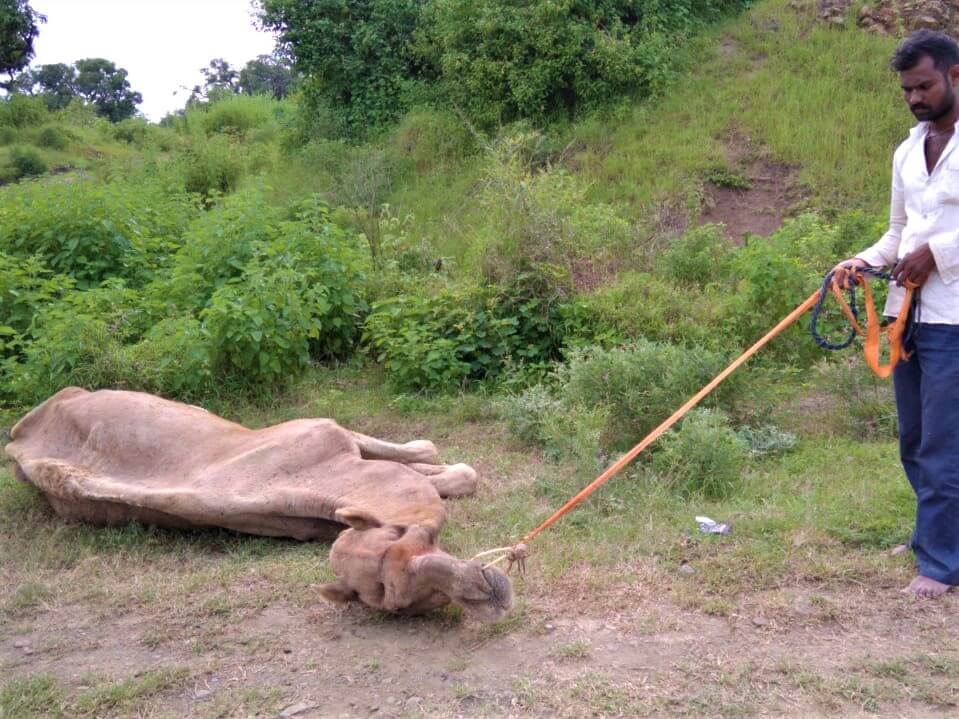 A villager holds a rope attached to Samarth’s nose peg while the camel rolls in the grass.

Animal Rahat’s team rushed out, and after speaking with villagers and officials from the forest department, it was clear that no one was returning for Samarth. He needed help urgently, as he was blind in one eye (who knows how it happened) and had a skin condition that was spreading. The team decided then and there to bring him to the sanctuary to get him the immediate medical treatment he needed. As a sanctuary resident, he’d also be able to live the rest of his life in peace, with compassionate caretakers who would ensure that his needs would be more than met and that he’d never be neglected again. 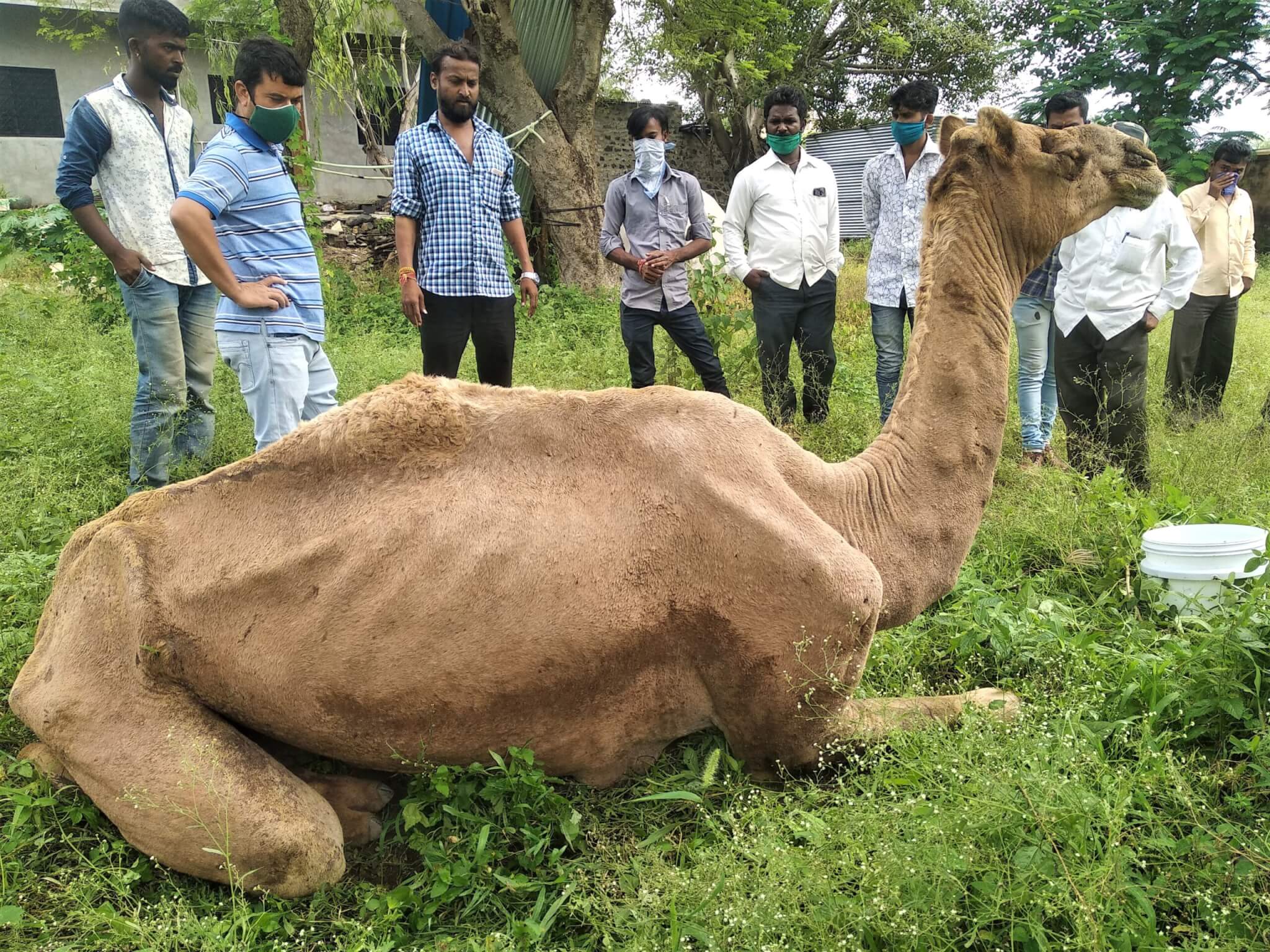 The team members hired a truck to transport Samarth to the sanctuary. They filled the truck with soft earth and lined the sides with cushions to keep Samarth safe and comfortable during the bumpy journey. 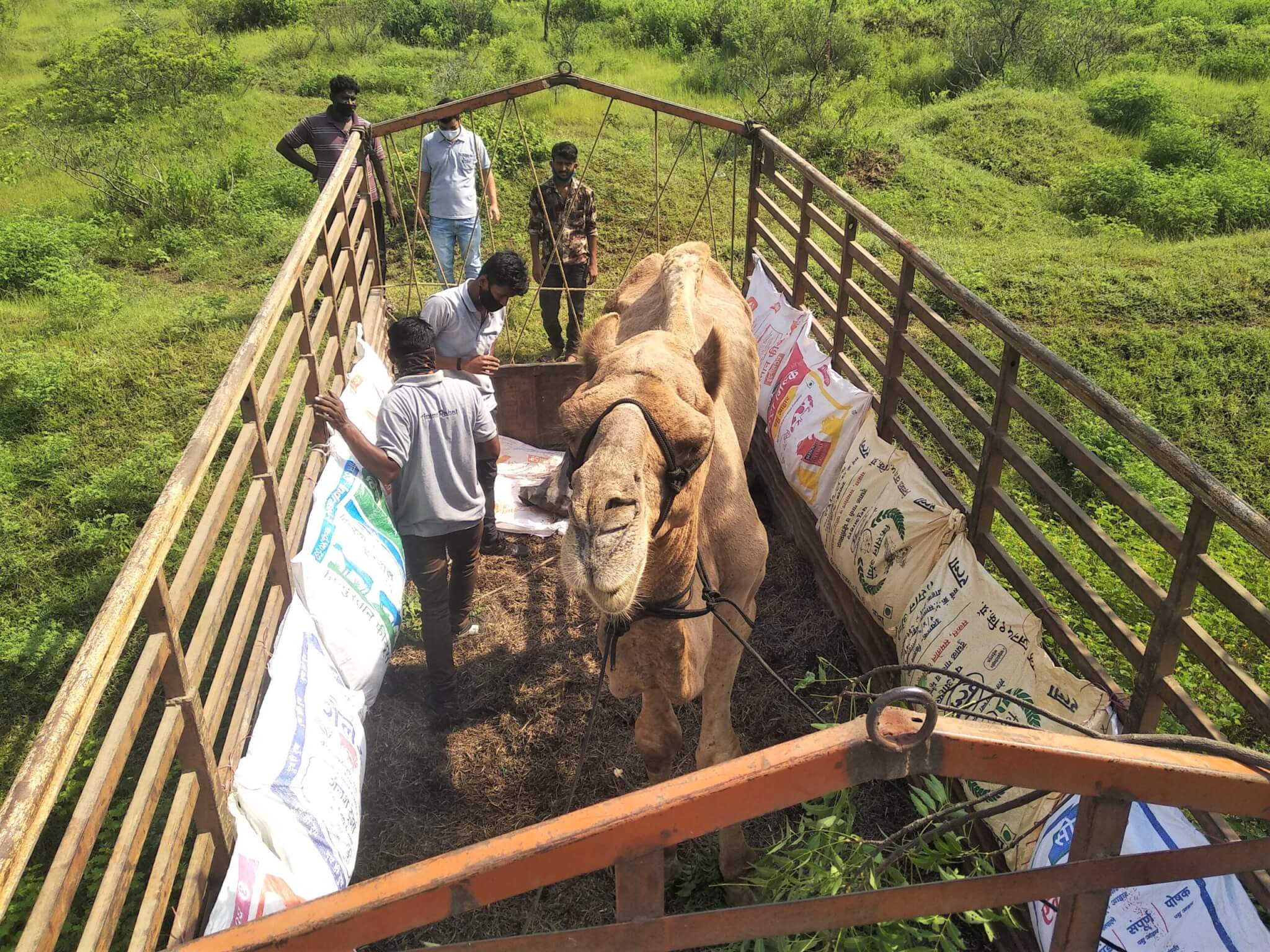 Animal Rahat’s team removed Samarth’s painful nose peg before loading him into a truck for transport to the sanctuary.

As soon as he reached the sanctuary, Animal Rahat veterinarians got to work. Their examination confirmed that he was weak, underweight, and suffering from mange on his face, neck, shoulder, and thigh. They found a number of wounds, including one on the pad of one of his front feet and another on his elbow, and confirmed that he’s irreparably blind in his right eye.

It will be a long road to complete recovery for Samarth, but thankfully, he’s getting the best possible care from Animal Rahat’s team. Today, he can be found resting, enjoying a grooming session, or eating fresh, green leaves. In other words, he’s finally living the good life! 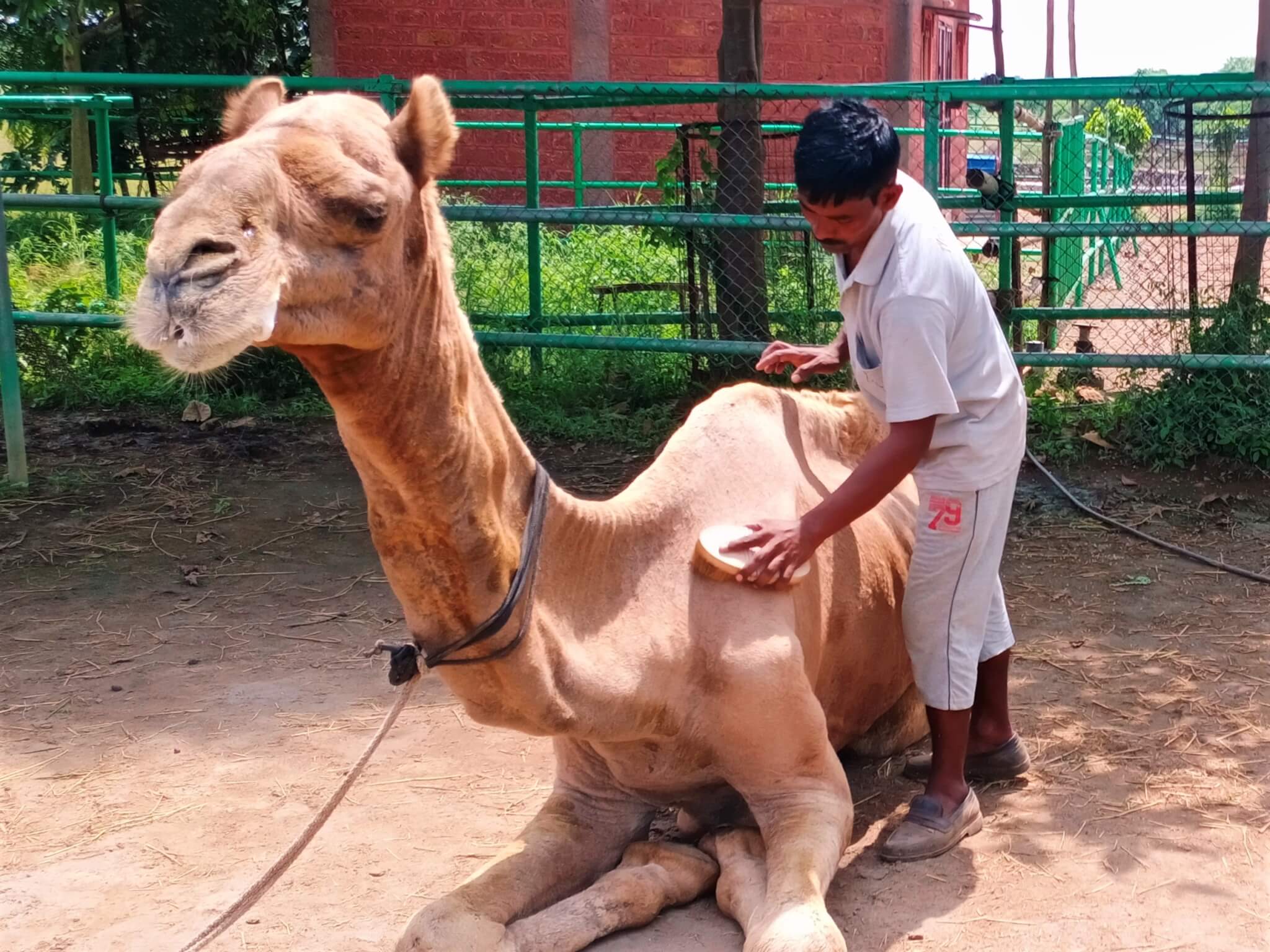 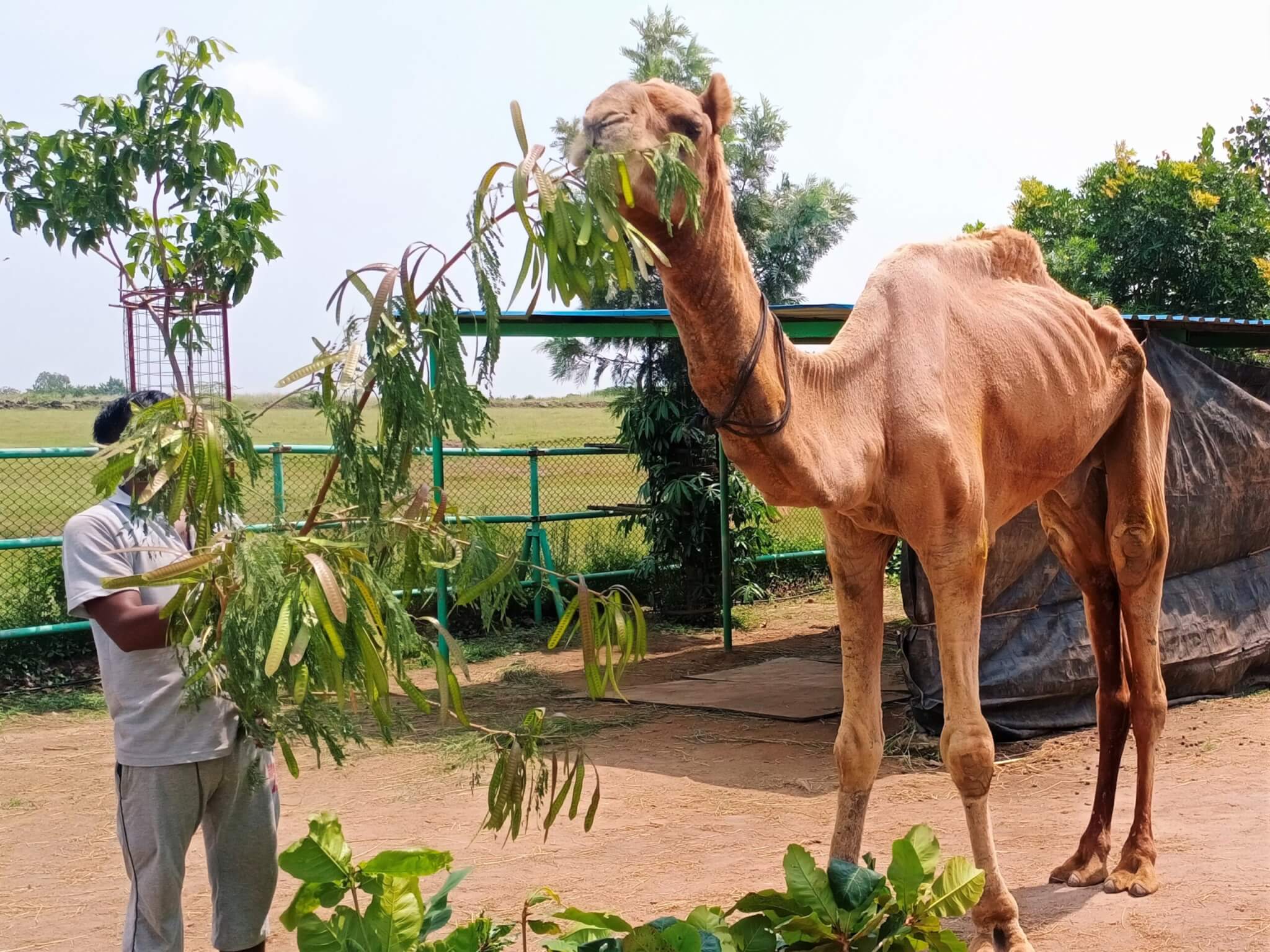 Meet some of the thousands of animals whose lives did an about-turn in 2020, thanks to Animal Rahat.