It took great patience and persistence, but after months of meeting with tonga drivers in the city of Miraj in Maharashtra, Animal Rahat has successfully persuaded five drivers to switch to animal-free vehicles and retire their working ponies. 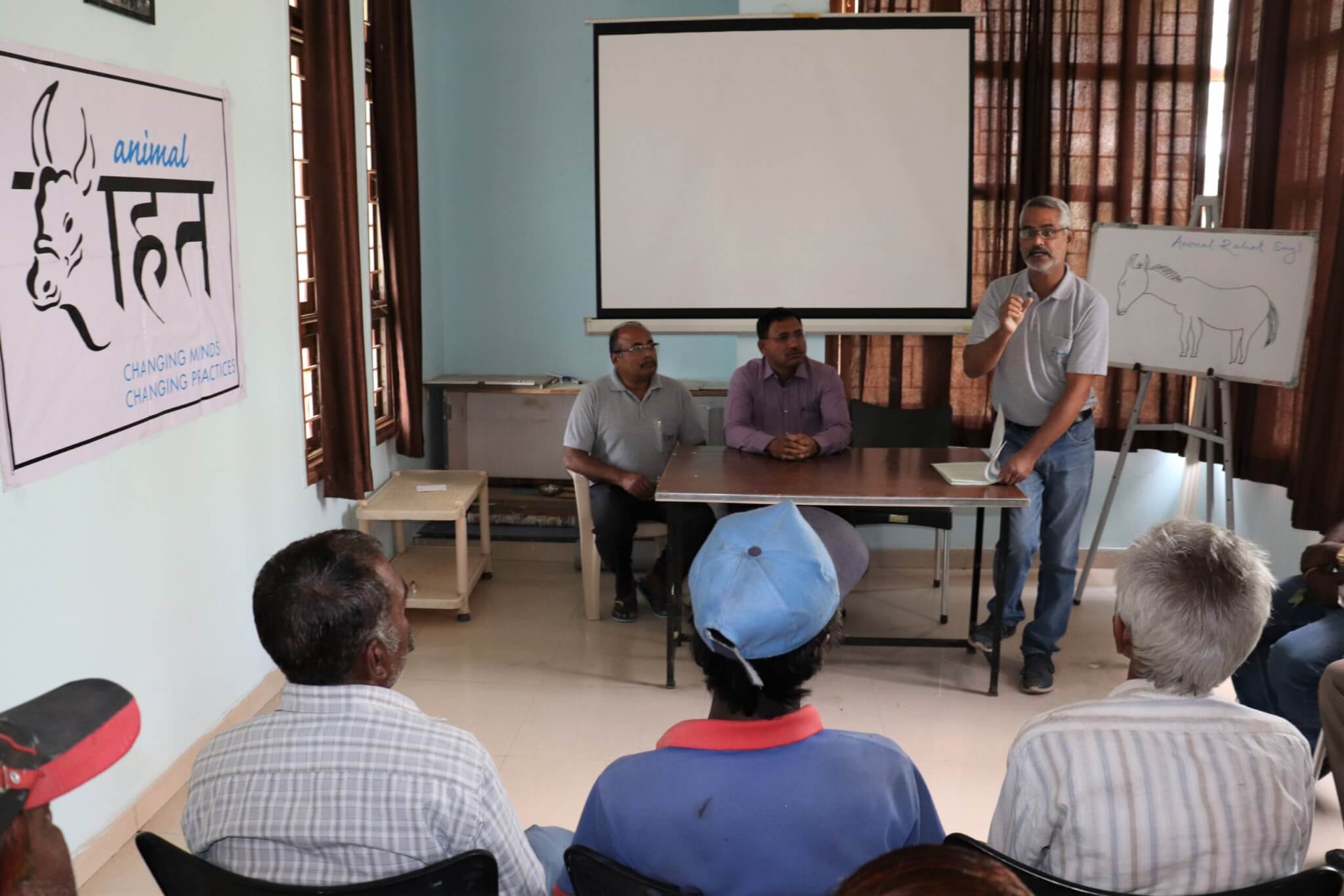 Tongas are two-wheeled carts that typically carry passengers but sometimes haul cargo as well. Whatever tongas are loaded with, the weight is invariably crushingly heavy and often causes injuries to the ponies and horses forced to haul them. The painful injuries caused by such back-breaking loads aren’t the only hazards that the animals endure—they must also dodge traffic and work long hours without breaks or access to food or water. When they become injured or sick, they never receive the medical attention that they need, because their owners are simply too poor to afford it. So their suffering is compounded, day after day, as they’re forced to trudge on.

Today, all that pain is a thing of the past for these five fortunate ponies. And those awful carts they were forced to pull? Animal Rahat confiscated the lot and broke them all to pieces so that they can never be used again! 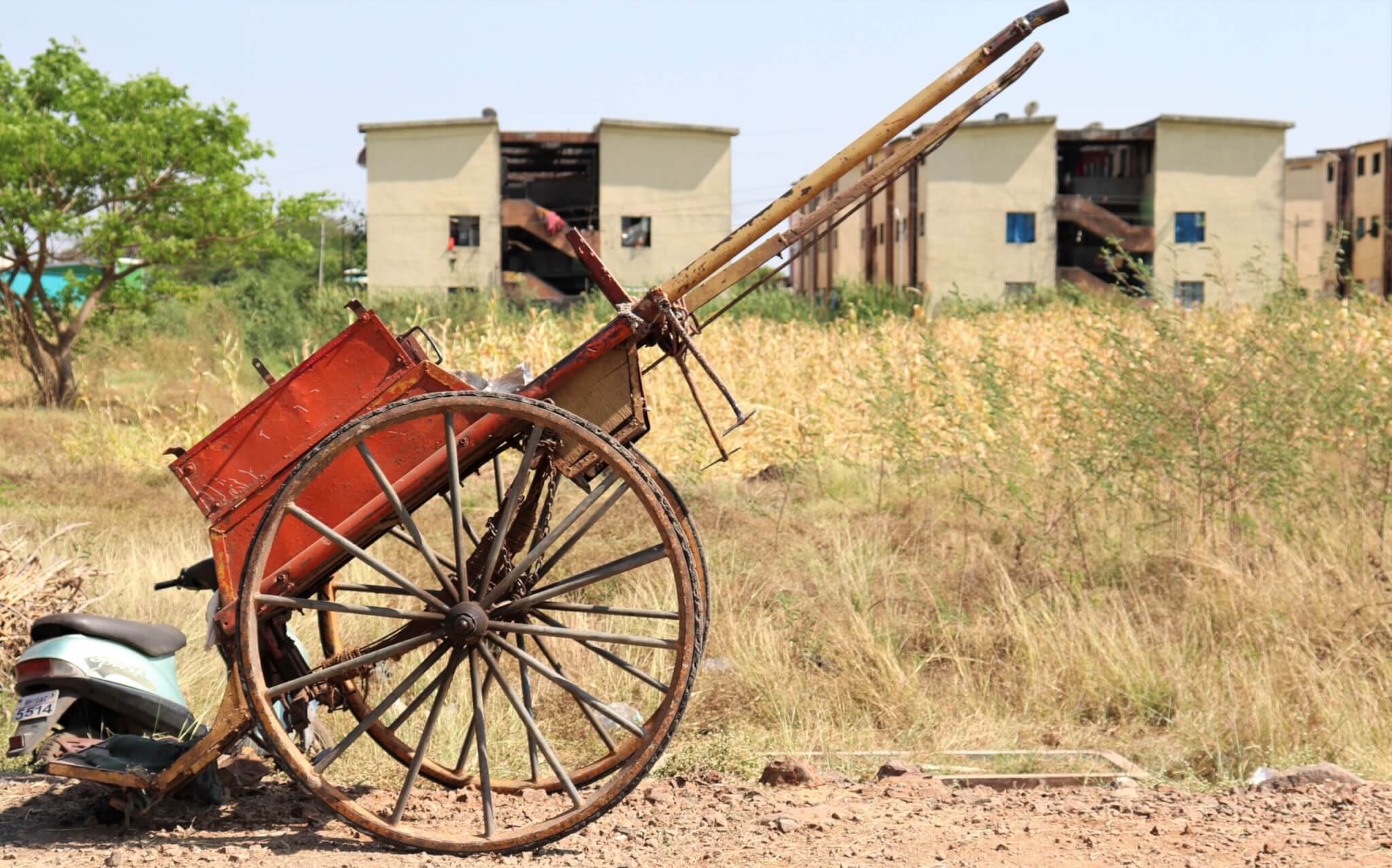 This confiscated tonga cart was rendered unusable after this photo was taken.

Thanks to Animal Rahat’s help, the former tonga drivers are now racing around Miraj in motorized vehicles, such as auto-rickshaws, which spare animals hard labor and are impressively efficient, enabling their drivers to earn a better living for themselves and their families. 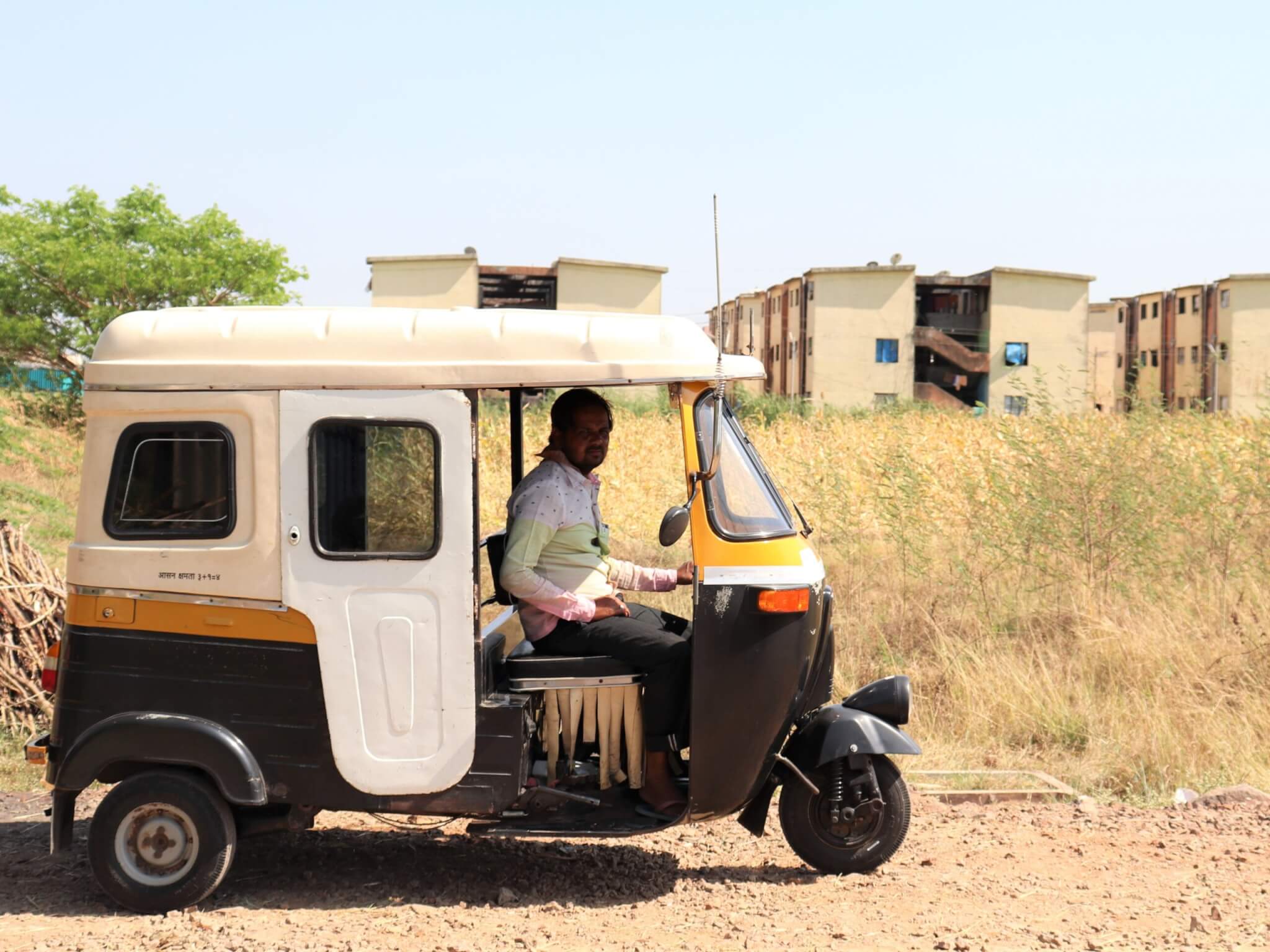 This is a terrific achievement for Animal Rahat’s mechanization program, which also works to retire donkeys from brick kilns and bullocks from sugar factories, replacing those animals with tractors or trucks.

But most importantly, this is lifesaving news for the five ponies who now can rest and relax at Animal Rahat’s peaceful and spacious sanctuary, where they’re receiving veterinary care for the painful conditions that they were suffering from, like “summer sores”—bloody lesions around their eyes caused by flies.

When the ponies arrived at the sanctuary, a team was ready to welcome them in the traditional Animal Rahat style—with a soothing touch, fresh grass to eat, and festive garlands made of edible marigold flowers. 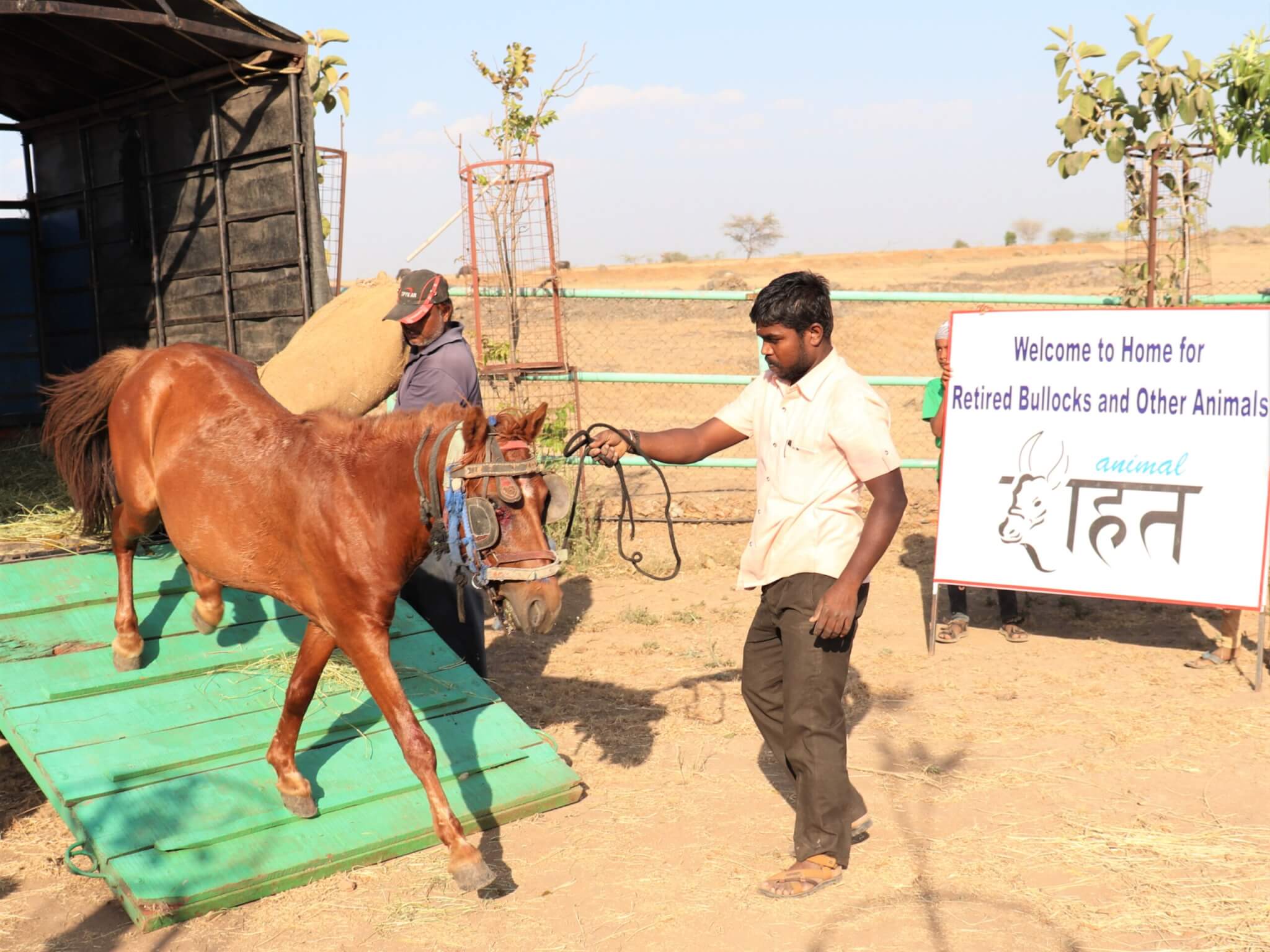 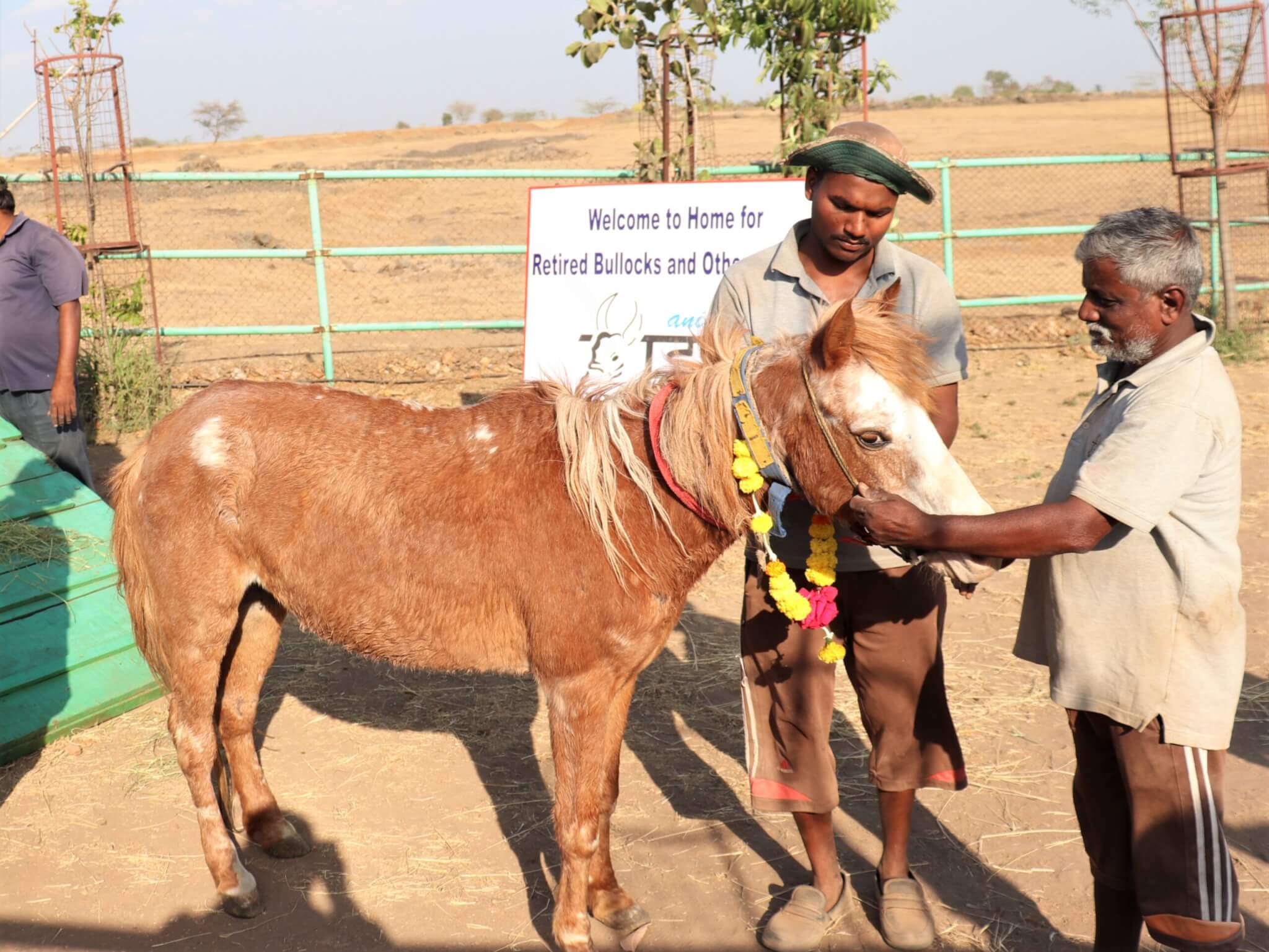 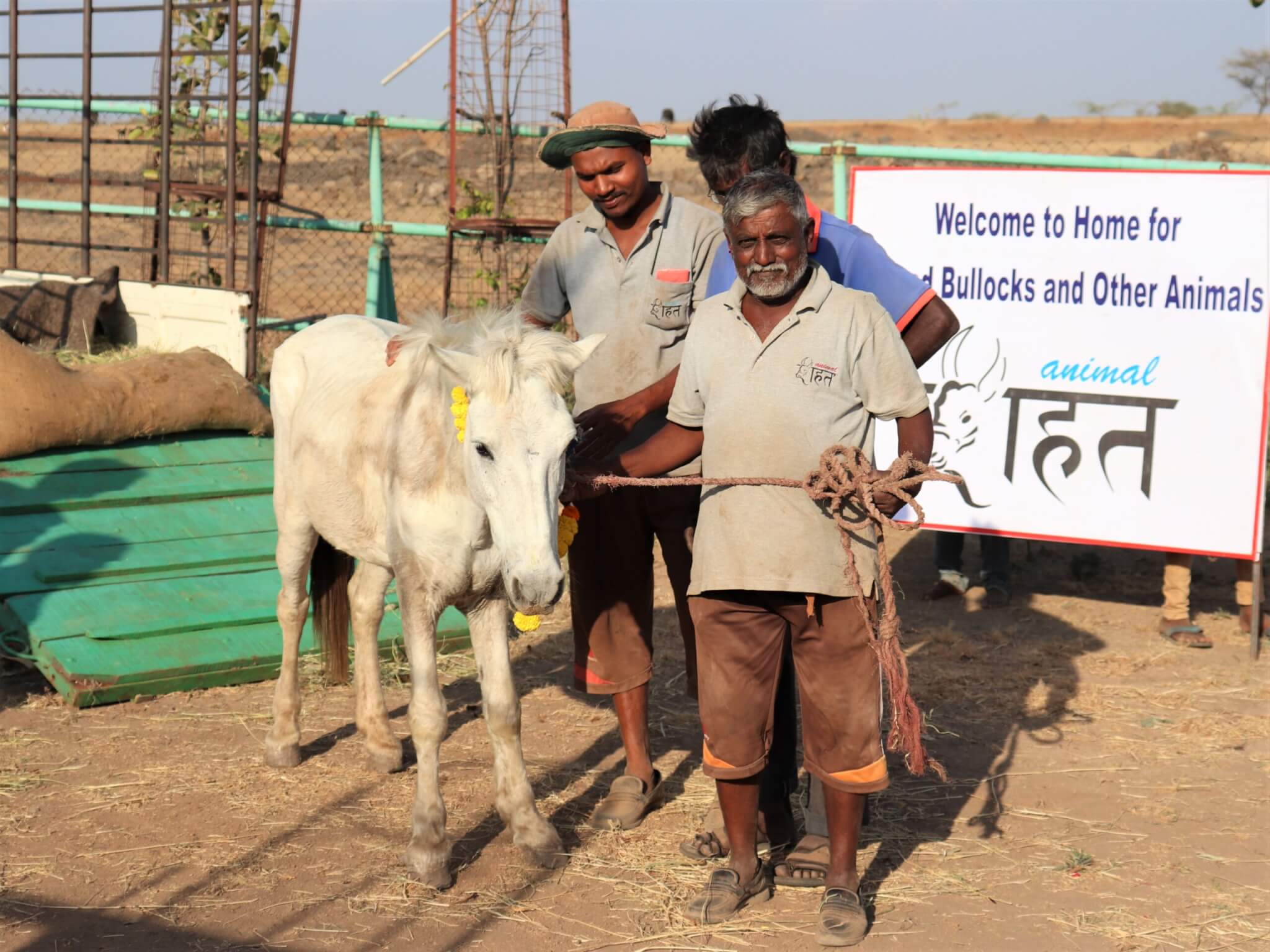 Join Animal Rahat in welcoming (left to right) Sallu, Balumama, Muskan, Roshani, and Roshan as they begin their new life at the sanctuary! 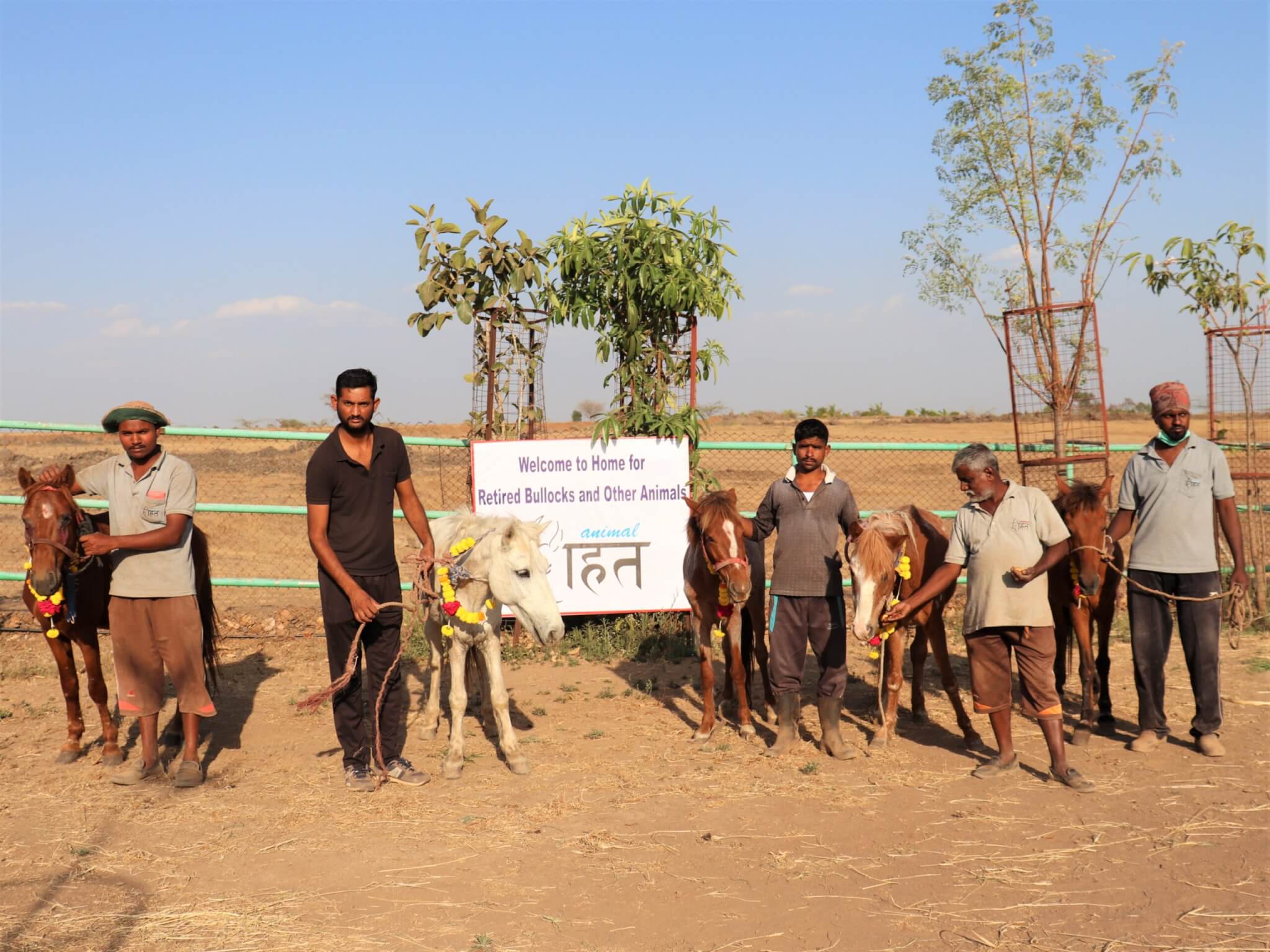 You can learn even more about their rescue in this special new video:

Animal Rahat has been working with veterinarians and veterinary students to update their methods of castration.