A discarded can or jar can become a death trap for a hungry animal who stumbles upon one while looking for food. Animal Rahat’s team receives so many calls about animals who have become hopelessly trapped that they’ve even erected billboards at dump sites urging people to dispose of empty food containers by crushing them completely or tightly securing lids.

So when the team learned that a tin can was stuck to a frightened cow’s jaw, they immediately dispatched a rescue worker to help her out of her dangerous predicament. He began by approaching her slowly, but each time, she evaded his attempts to reach her. She was simply too terrified of humans and stressed about the obstruction to give her trust so quickly, so he called on other members of the Animal Rahat team for backup. 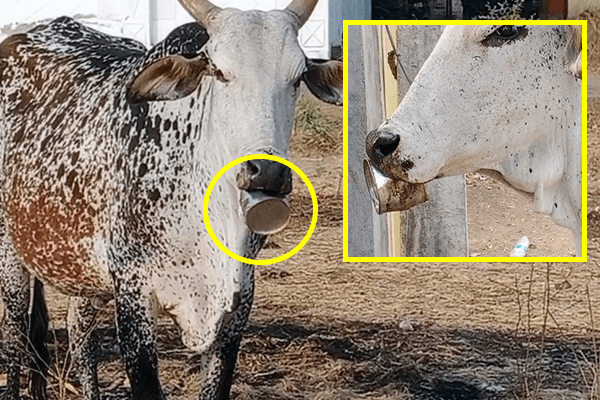 Reinforcements soon arrived and formed a plan to help the cow—but she wasn’t so easily charmed and eluded them for one hour before their persistence paid off and they were able to administer a sedative to help calm her. 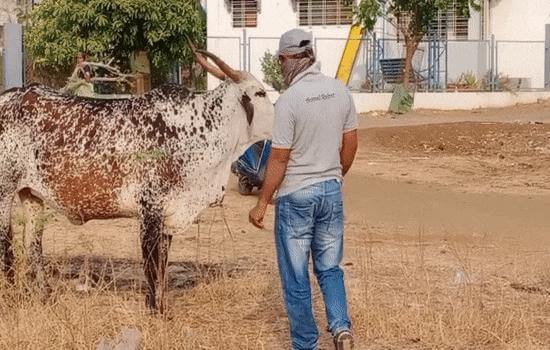 Once the sedative started working and she sat down to rest, a rescuer gently removed the can, which fortunately hadn’t cut her mouth. After working to build her trust by speaking to her softly and grooming her affectionately, he gave her food and water, which she happily devoured. 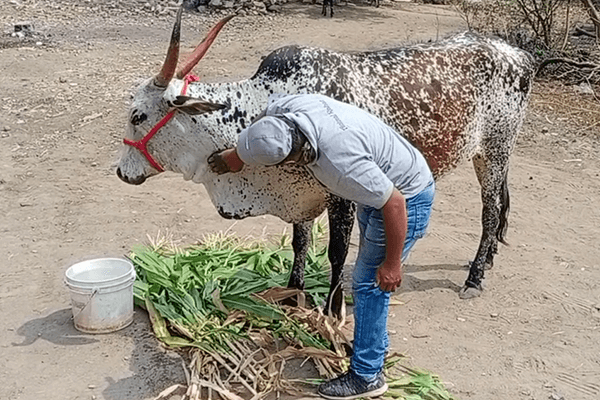