No one knows how long this poor dog had been wandering the streets, searching for handouts, before he tumbled down a 50-foot well. A man spent three days trying to figure out how to rescue the dog, but he knew time was running out for the starving animal. In despair, he called Animal Rahat, which immediately dispatched a rescue team to the site. 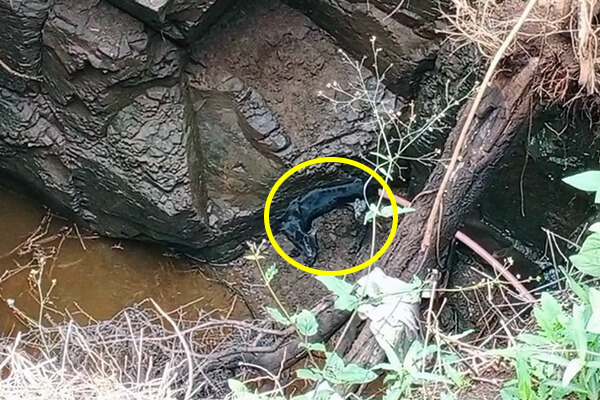 One of Animal Rahat’s experienced team members rappelled down the well. The friendly dog’s hip bones looked as if they might pop right through his skin at any minute, and his dark eyes were round and dull. But despite all that he had endured, this dear dog wagged his tail and eagerly devoured the biscuits offered by his rescuer. After gently wrapping him in a warm blanket, the team member climbed back to the surface with his new friend. 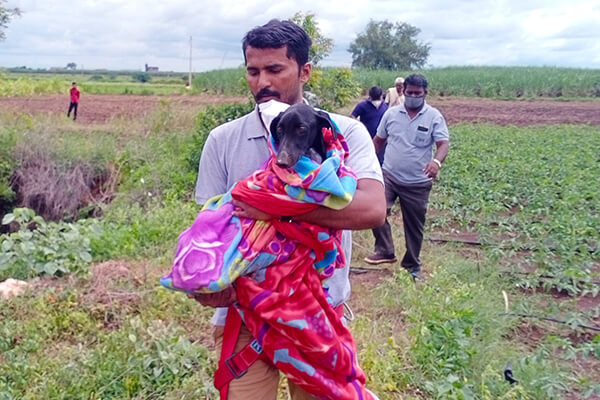 After no one came to claim the dog, the team drove him back to the office, where they sterilized, vaccinated, fed, and affectionately groomed him. While he recovered from the surgery, the team went to work to find him a home.

John, as he is now called, has started a new life under the watchful eye of a loving family. 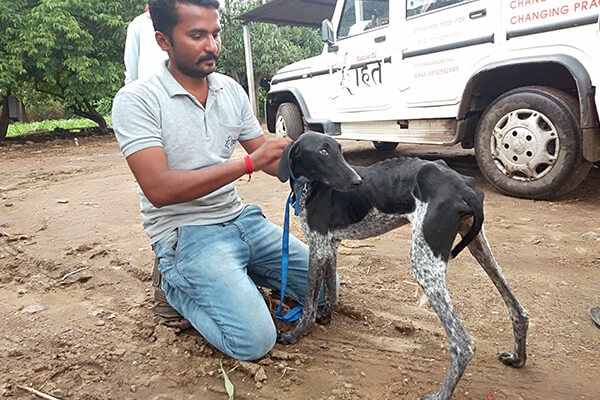 Animal Rahat rescues a dog with an embedded wire in his paw.