When a boy named Samarth heard two puppies crying in a drainage ditch, he quickly called Animal Rahat’s emergency line for help and watched intently as the team brought the puppies to safety.

It’s been several months since that dramatic rescue, but when Samarth recently heard another dog, Ulhas, crying out for help from a drainage chamber, he knew exactly whom to call—Animal Rahat! 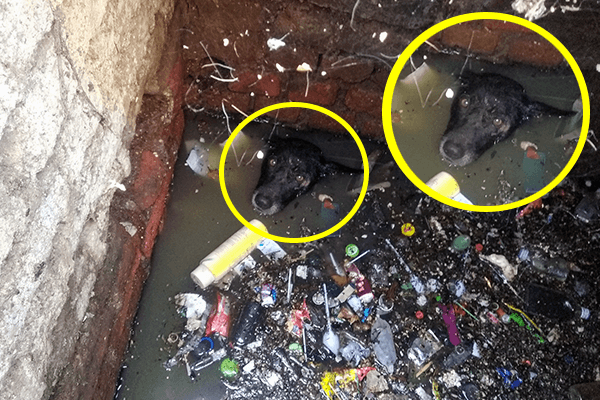 When the team arrived on the scene, Samarth once again stayed nearby, wanting to see Ulhas brought to safety—but this rescue proved uniquely challenging.

The chamber’s opening was much too narrow for a person to enter, and Ulhas was terrified—he didn’t want to climb into the sack that was lowered down to help guide him out of his dangerous predicament. Trying a different approach, the rescuers then lowered a looped rope into the chamber. The dog’s forelegs went through the loop, but he was much too heavy and anxious to be pulled all the way out, so the team calmly held him in place and sedated him.

Once the sedative took effect, they gently pulled him the rest of the way out. Soon, Ulhas was in an ambulance bound for Animal Rahat’s Solapur office—but before he left, the team used a stone slab provided by the ever-helpful Samarth to seal the chamber and prevent further incidents like this one. 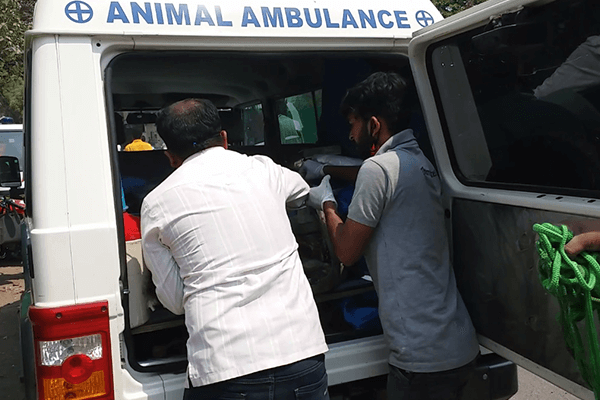 Once at the office, they sterilized and vaccinated Ulhas and provided him with all the food, water, and rest that he needed. The next day, he was returned to his village.

Freeing a Dog Whose Legs Were Bound With Rope

Animal Rahat’s team rushes to a dog’s side as he lay helpless on the ground.

This Dog Is Relieved to Be Porcupine Quill–Free!

Partha the dog was found with a porcupine quill embedded in his nostril, but Animal Rahat relieved his pain.