Quick Wits and Teamwork Save a Donkey

From deep wells to drainage chambers, almost every week brings a new call to Animal Rahat about an animal who’s tumbled into one of these hazards. So when a kind citizen rang about a donkey who had fallen into a septic tank, the team quickly responded.

While the dangers may be similar, no two rescues are alike, so Animal Rahat’s team members rely on their quick wits to come up with creative solutions when an animal appears to be hopelessly trapped.

When they arrived at the location, it quickly became clear that the opening to the tank was far narrower than they had expected and they were going to need to put their heads together to bring the donkey out safely and gently. 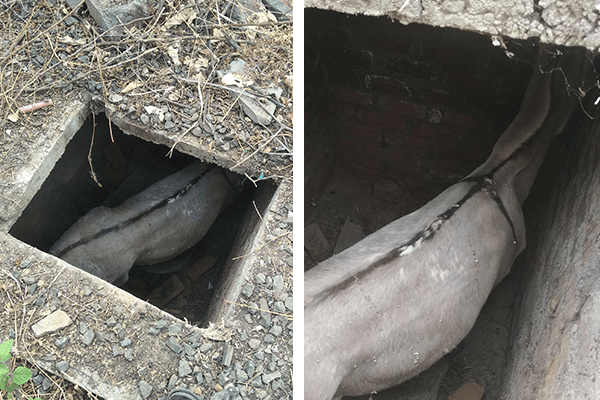 The team determined that someone was going to have to climb down into the tank with the frightened donkey, carefully apply ropes to her, and work in unison with those above to pull her out.

One Animal Rahat staffer jumped into the tank and put a halter on her head tied with ropes. He also wrapped ropes around her chest and forelegs and handed the ends of the ropes to team members above. 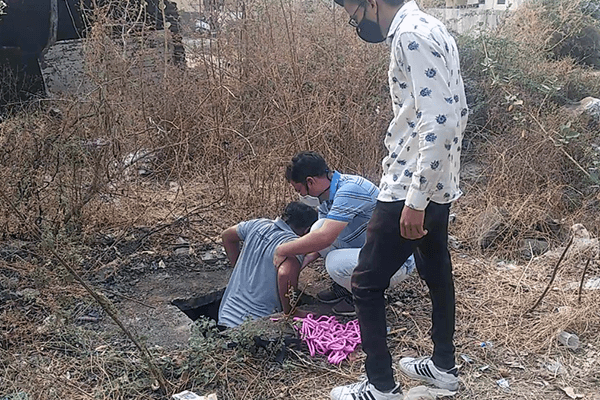 After securing the ropes and readying the whole team to work together, they pulled mightily as the staffer in the tank pushed from below. Seconds later, their determination paid off—the donkey was out of the tank!

As you can imagine, she was quite shaken up by the whole ordeal, so they soothingly groomed her to help calm her and took a closer look at the cuts on her legs from her unfortunate fall. They treated her wounds with an antiseptic and gave her painkillers, food, and water. They also covered the dangerous tank to prevent accidents from happening to anyone else. 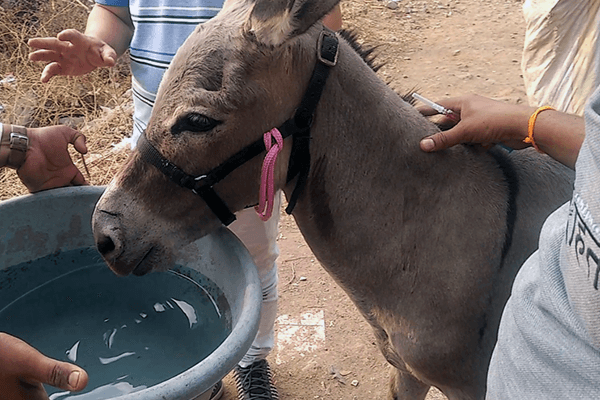 Work in the Local Community Improves the Lives of Donkeys