One unfortunate misstep caused this unsuspecting bull to tumble to the bottom of a well, splashing into the water below. 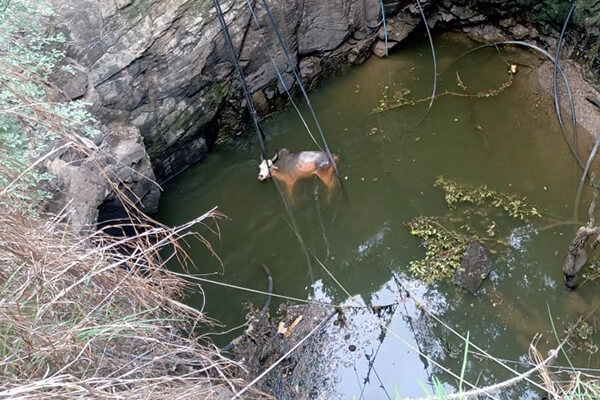 Fortunately, a group of villagers heard the commotion, saw him drowning, and initiated a series of actions to help save his life. While some of them worked to drain the well of water, others called Animal Rahat’s emergency line. Rescue teams above ground secured a crane to pull the bull out, and two workers climbed into the well to calm and reassure him. The two rescuers in the well secured the bull with ropes and attached them to the crane’s hook. 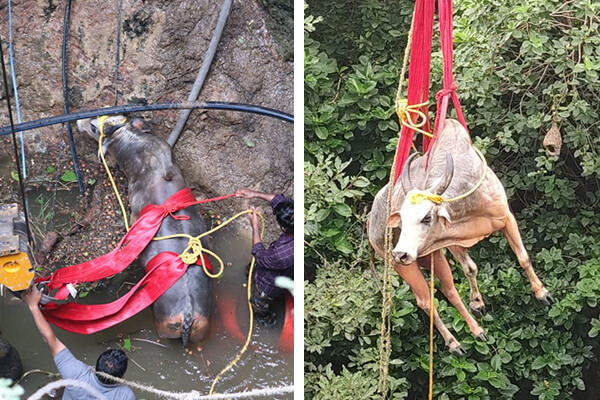 Once the bull had been pulled out of the well and released from the ropes, villagers restrained him so that he could be examined. Although he didn’t have any severe injuries, he was bruised and scared, so Animal Rahat’s team administered painkillers to help him recover. Then, with the help of the villagers, they found the bull’s owner and reunited the two.