At the age of 19, Martya the bullock has reached senior-citizen status. At Animal Rahat’s urging, his owner allowed him to retire, but this was challenging for two reasons. First, his owner couldn’t afford to feed him—which is the reason that most older bullocks are sold for slaughter. Second, neighbors frequently asked to “borrow” him for plowing and other work. Desiring to spare this old fellow further toil as well as the butcher’s knife, his owner asked Animal Rahat staffers to take Martya to live at the sanctuary, which they agreed to do. His days of labor are permanently behind him now. He has become buddies with fellow retirees Surtya, Sunder, and Khillaria, and the four of them graze and socialize together. 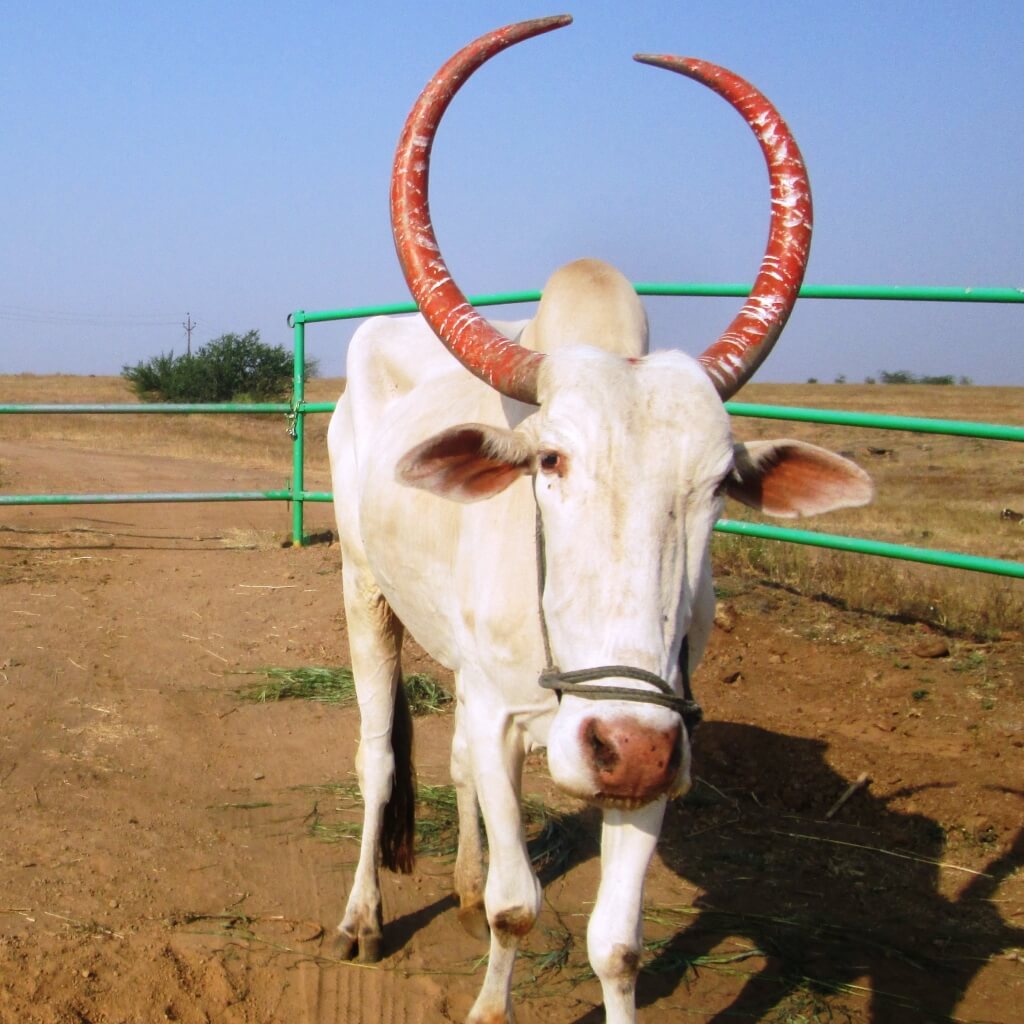