“Hey, Bablu!” Sprightly buffalo calf Bablu is the talk of the sanctuary—and he’s only just arrived! 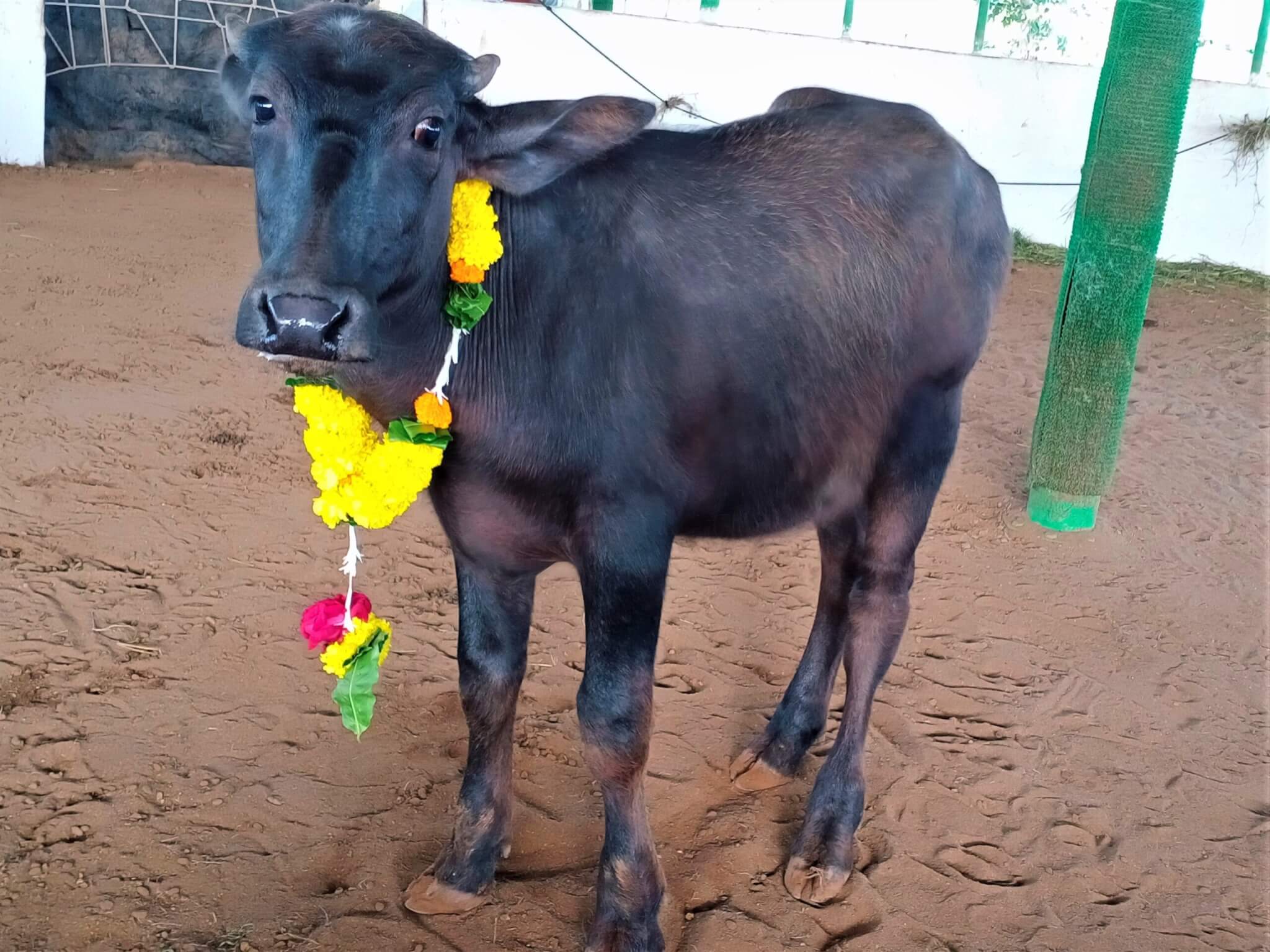 Little Bablu was abandoned and left to fend for himself “in the name of God,” a common “justification” used by dairy farmers who take the mothers’ milk and, having no use for the calves, don’t want to be directly responsible for their deaths. Desperately hungry, he began wandering through village fields in search of something to eat. But that got him into trouble. The farmers became upset that he was eating their crops and tried to scare him away. The next threat would have been his last: A local butcher set out to capture and slaughter him.

One villager was so worried about the orphaned buffalo’s pending fate that he called Animal Rahat. Sensing the emergency, team members immediately raced to the village and sought consent from its council to take Bablu to their sanctuary for lifelong care. He was now on his way to his new home!

Bablu received Animal Rahat’s traditional welcome as he entered the sanctuary: a marigold flower garland, which is not only a beautiful (although temporary) fashion accessory but also a safe, edible, and delicious treat.

Bablu is no longer a lonely wanderer. He now has three “big brother” buffaloes who adore the little tyke and keep him company, seldom leaving his side. With his whole life ahead of him, he’s taking it easy—enjoying fodder and tasty mineral blocks, relaxing grooming sessions with his new caregivers, and cool afternoon baths in the sanctuary pond.

Welcome to the family, Bablu!