This Abused Pony Was Wired Shut to Keep Her From Mating

When Animal Rahat spotted this pony, she was running for her life. She’d been tethered to a motorbike and was forced to run behind it to avoid being dragged to death. After being stopped by Animal Rahat, the men riding the bike explained that they were “training” the pony to race for money.

Petrified, Marguerite was heaving and sweating profusely, her heart almost in palpitations.

After rescuing her from her abusers, the scouting team took her to a nearby house for an exam. While she cooled down, she swished her tail and the team made a gruesome discovery: Her vulva had been “stapled” shut with copper wires.

This procedure, meant to keep animals from mating, is becoming commonplace in India.

Just think how terrified Marguerite must have been as people held her down and subjected her to this mutilation.

Today, thanks to Animal Rahat, Marguerite is safe and cared for around the clock. She has healed and will live out the rest of her days at the group’s sanctuary. But unfortunately for many other horses and ponies in India, this torturous method of “birth control” is a growing trend. 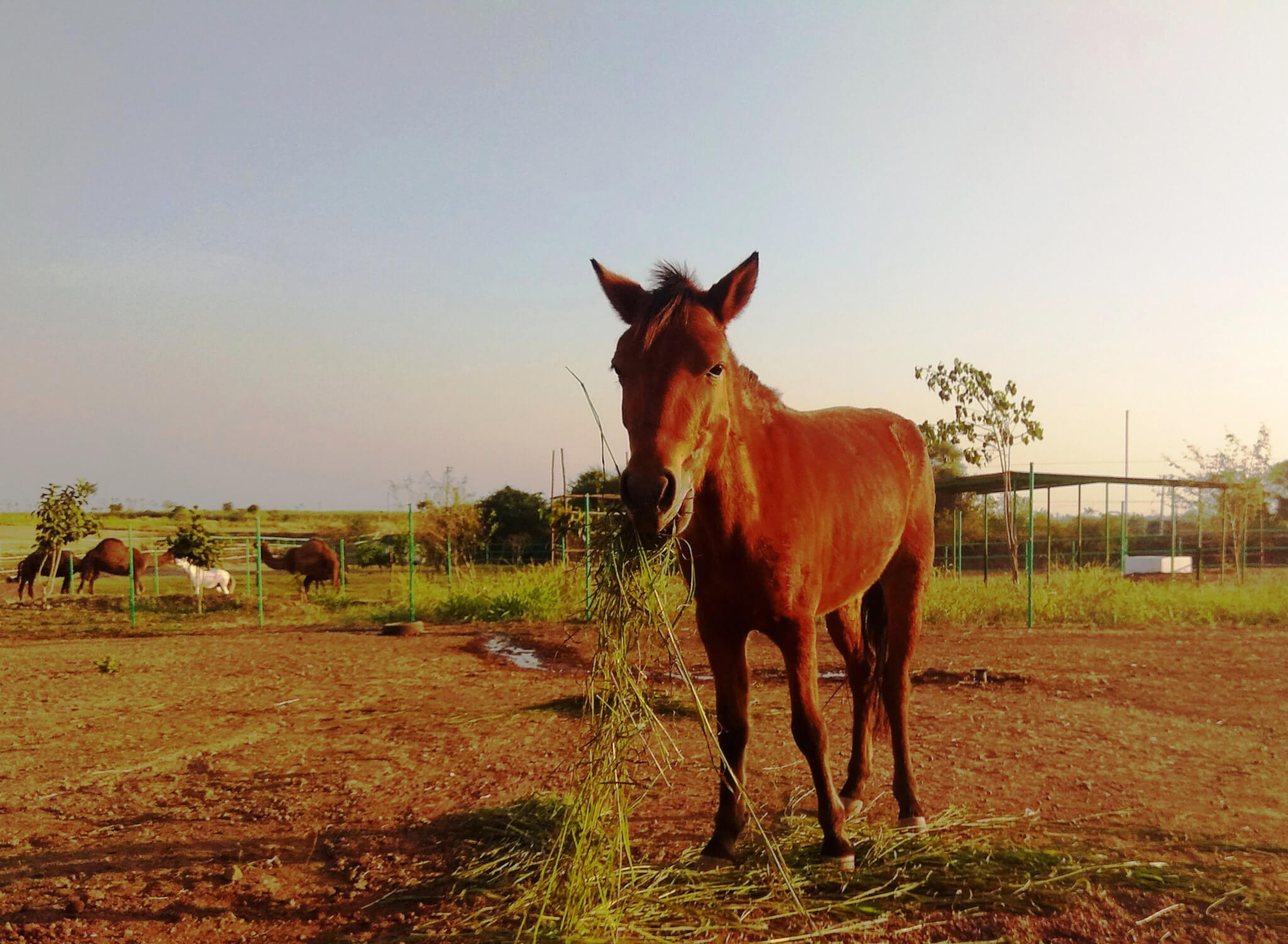