Animals struggling to find enough to eat will often stick their heads in carelessly discarded jars and pots, hoping to grab a morsel of food. That’s what happened to this poor cat who struggled and screamed throughout the night and into the next morning before someone called Animal Rahat. 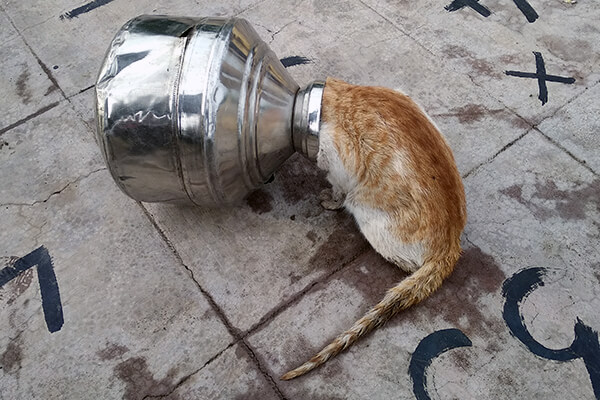 The rescue team rushed to his side, sedating and then carefully freeing him from the steel pot. His little face was covered with his own saliva, a sign of how long he had struggled. 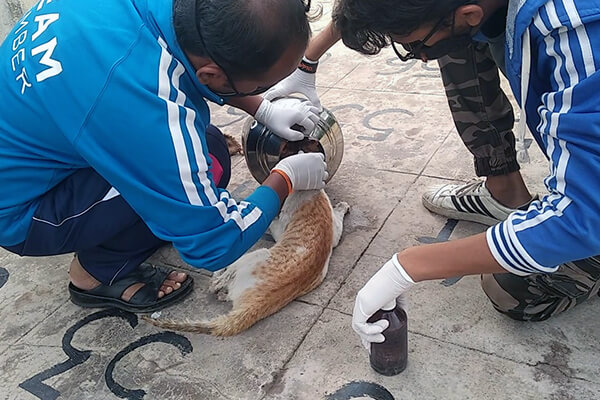 The team brought him back to the office to rest and then to eat and drink, before sterilizing him and releasing him back into his village. 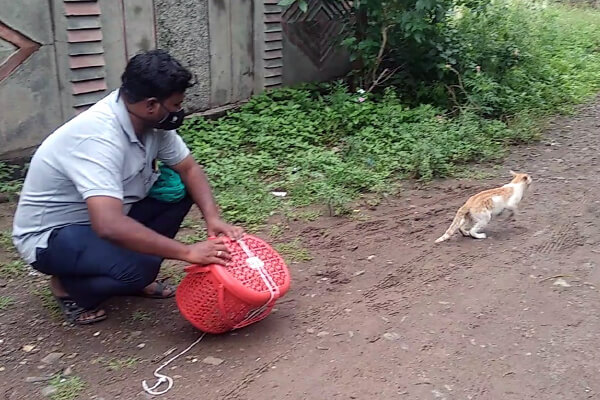