Sanctuary residents frequently form strong friendships with each other—it’s often their first chance ever to bond with another living being.

Friendship came naturally for Hiren and Vitthal—two bullocks at the sanctuary in Sangli. 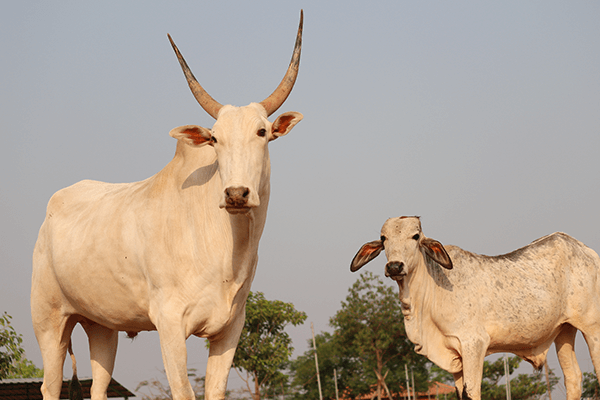 It’s been more than three years since Animal Rahat first rescued Hiren. The team spotted the young calf on a highway, being forced to haul a heavy cart while yoked to a full-grown bullock whose height shifted the load onto little Hiren’s shoulders. Animal Rahat intervened and bought Hiren on the spot, and he’s been living happily at the sanctuary ever since.

Vitthal was found only a few months ago—a nylon rope tied so tightly around his neck that it was embedded in his flesh, leaving a severe wound that was oozing blood and filled with maggots. The team’s veterinary staff tended to his painful injury and soon brought him to his new home at the sanctuary.

Once Vitthal had recovered, he was placed in the same night cubicle as now grown-up Hiren. They likely had never before come across humans who were so kind and generous to animals, so it must have been an enormous relief to come to this peaceful, wondrous place.

Vitthal was shy, but Hiren made him feel more comfortable. One can only imagine the conversations they had with each other in that cubicle, each time shaping a friendship with one another and strengthening Vitthal’s confidence. Hiren knew exactly what it felt like to be a young bull mistreated by his owners and whisked away to a new place—and how scary all of that can be. 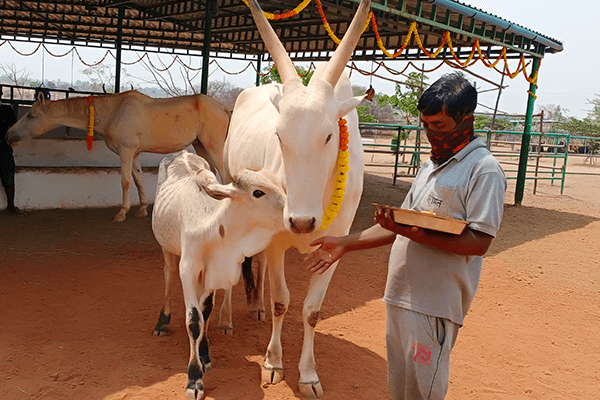 Today, Hiren and Vitthal are inseparable as they eat, play, and relax together. They can’t stand to be apart—both protest if they’re away from one another for more than a few minutes. Hiren has accepted Vitthal as his best friend, and Vitthal feels safe and protected with Hiren. Look at the pair resting under the shade of a tree—they even sit in the same position! 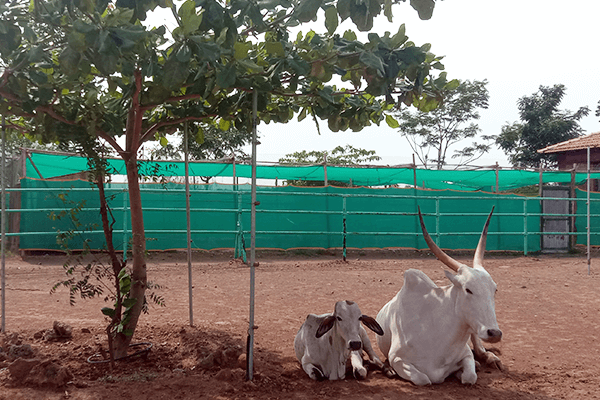