Daily survival for a village dog means a constant search to find food, water, and a safe place to rest. Being unable to acquire these essentials can prove fatal. It’s little wonder, then, that this dog tried so frantically to free himself after becoming trapped between a gate’s unyielding iron bars. 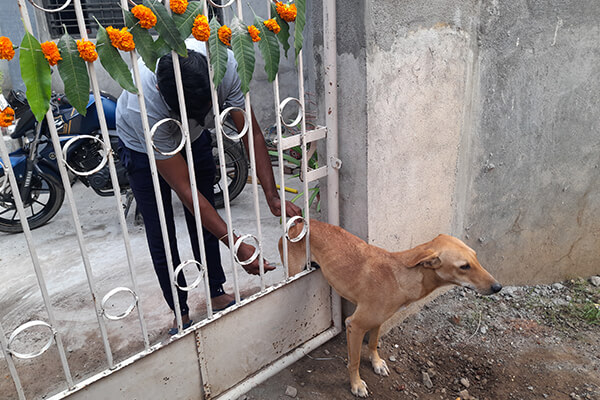 His desperate attempts to free himself caught the attention of a kind villager, who immediately called Animal Rahat for help! 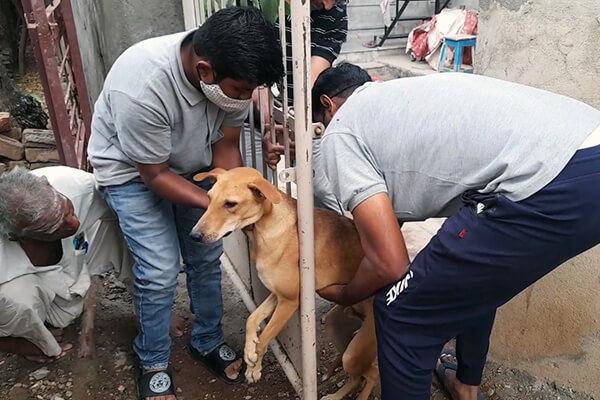 The rescue team spoke softly to calm the dog and injected him with a sedative. As his muscles began to relax, they gently worked to release him from his metal prison. After examining him for injuries, his rescuers brought him back to the office to recover.

When he awoke—free at last—he eagerly devoured a nutritious meal and hung out with the staff, who gave him lots of affection before they vaccinated and sterilized him. After an overnight stay, the team returned him to the village where he lives.

Ear-cropping, which is illegal in India, is excruciatingly painful for dogs.