For two puppies, an innocent romp turned into a nightmare when they stumbled into puddles of sticky coal tar spilling from overturned barrels. As they were completely coated with the toxic goo, anything near them—clothes, trash, mud—stuck to their small bodies, weighing them down and pulling at their fur (ouch!) as the tar hardened. 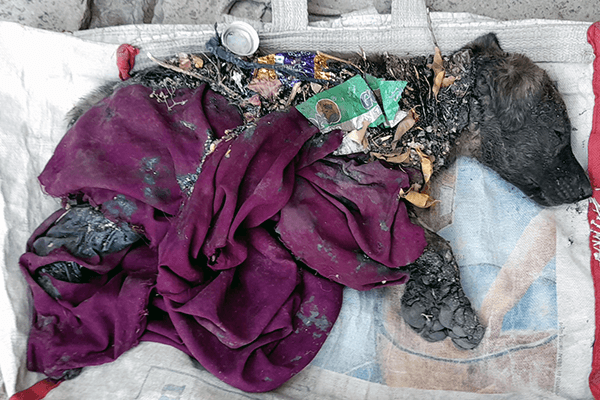 A worried teacher from a nearby high school called Animal Rahat for help after spotting the two siblings. The pair, terrified and panic-stricken by their ordeal, tried their best to evade the first rescuer to arrive, so he called for backup to help sedate the pups before the thick goo made it impossible for them to move.

As soon as the team members were on the scene, they carefully sedated the puppies, took them to a clean spot, and started cutting away the bits of fabric and larger pieces of debris stuck to them. The rescuers slowly and gently massaged coconut oil into the puppies’ fur and skin to begin the process of removing the dangerous goop.

After an initial attempt, they took the puppies back to the office, where they had another round of oil massages. When they woke up from sedation, the staff provided the two—now named Mehal and Nehal—with food and water, a safe place to rest, and affectionate reassurance through gentle pats and words.

The whole ordeal lasted a few days as the patient Animal Rahat staff repeated the same routine, gently massaging the puppies with oil, giving them food and water, and following up with lots of affection. 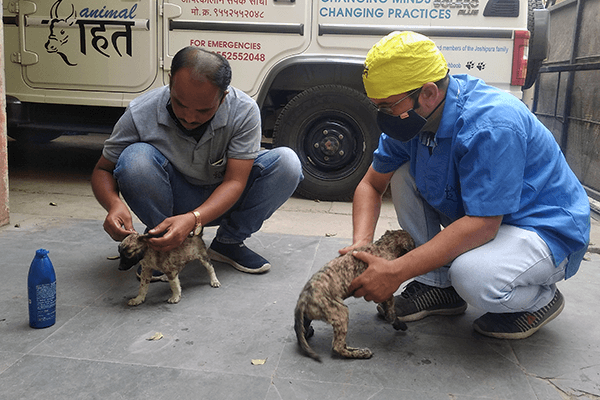 On the fourth day, the puppies were back to their rambunctious selves, without debris and tar weighing them down. The staff took them back to their mother, who immediately greeted Mehal and Nehal, allowing them to suckle milk and play.