Animal emergencies can—and do—happen every day of the year, at any time of the day or night. Luckily, Animal Rahat is always ready and willing to do whatever it takes to rescue an animal in trouble—whether an abandoned donkey foal wounded by dogs, a monkey electrocuted by a faulty power line, a crow entangled in kite string and dangling from a tree, or a bull who has fallen into a drainage canal—24 hours a day, seven days a week, 365 days a year. In other words, always!

Animal Rahat’s ambulances are equipped for emergency rescues and on-site medical care. The group’s motorcycles carry nets and first-aid kits and are used by its scouts who patrol villages, looking for animals who need help. The vehicles are also used to respond quickly to calls about animal emergencies. Rescue teams are also equipped with rappelling gear, including ropes, harnesses, and helmets, which allows them to rescue animals who make an unfortunate misstep and find themselves at the bottom of one of India’s many open—and often deep—wells. 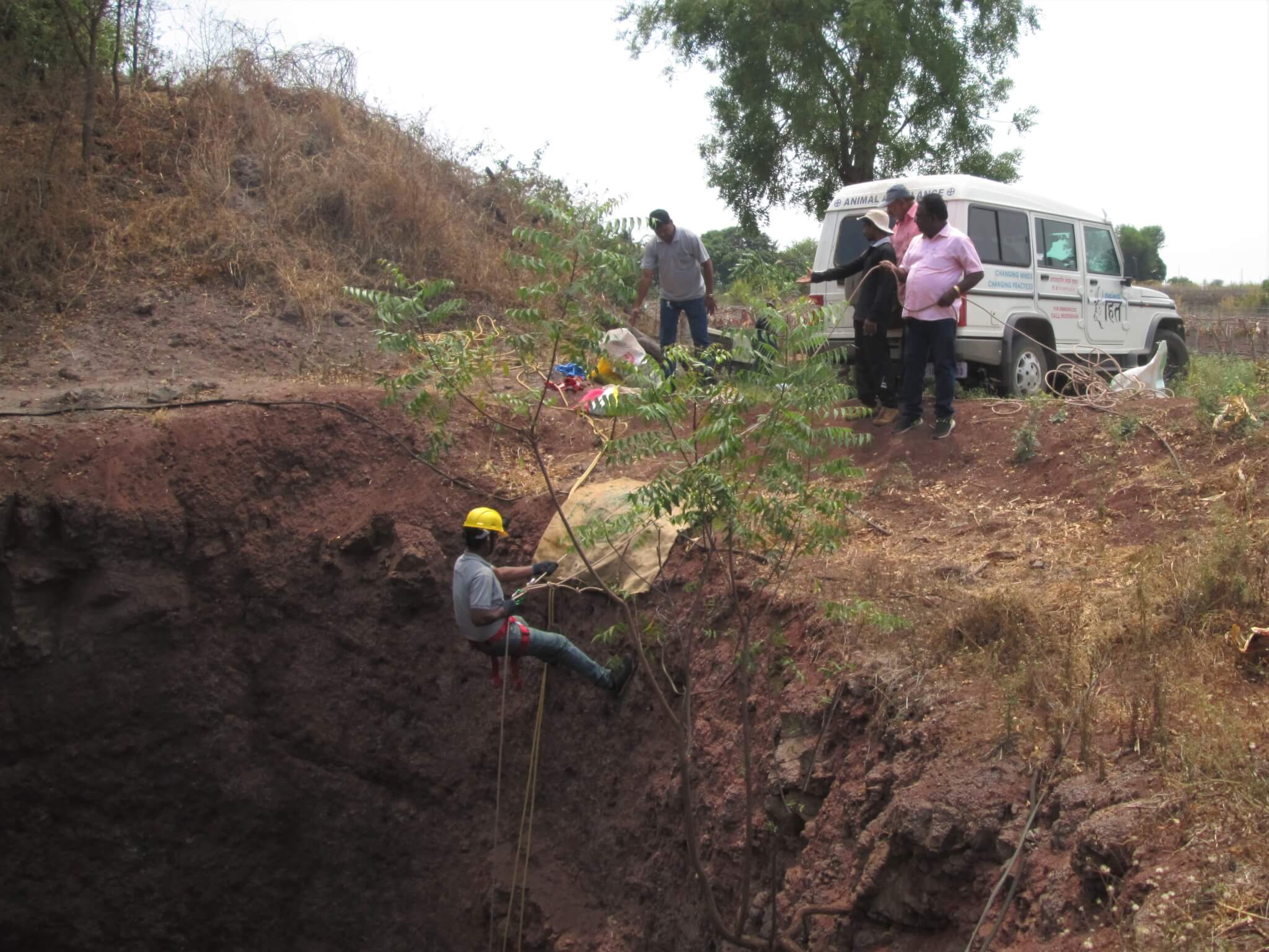 The team even has a network of dedicated volunteers to call on, kind people who are on the lookout for ill, injured, or abused animals. When one is spotted, the volunteer notifies Animal Rahat immediately so that staff members can assist in whatever way the situation calls for. And the organization’s emergency phone numbers are publicly available, tacked up on utility poles and in village centers, so that anyone can call for help when they come across an animal who needs rescuing or medical attention.