Grooming Time for the Bullocks

At Simone’s Place, the staff has been increasing the grooming time for the bullocks, and the animals love it! Usually, the Animal Rahat staffers use food to lure a bullock to follow them. But a bullock named Kakde would have none of it. Poor Kakde lost his right horn in an accident and is understandably wary of people, often charging them if they come too close. One day, one of the veterinarians tried to lure Kakde with several delicious treats, but Kakde kept his distance. 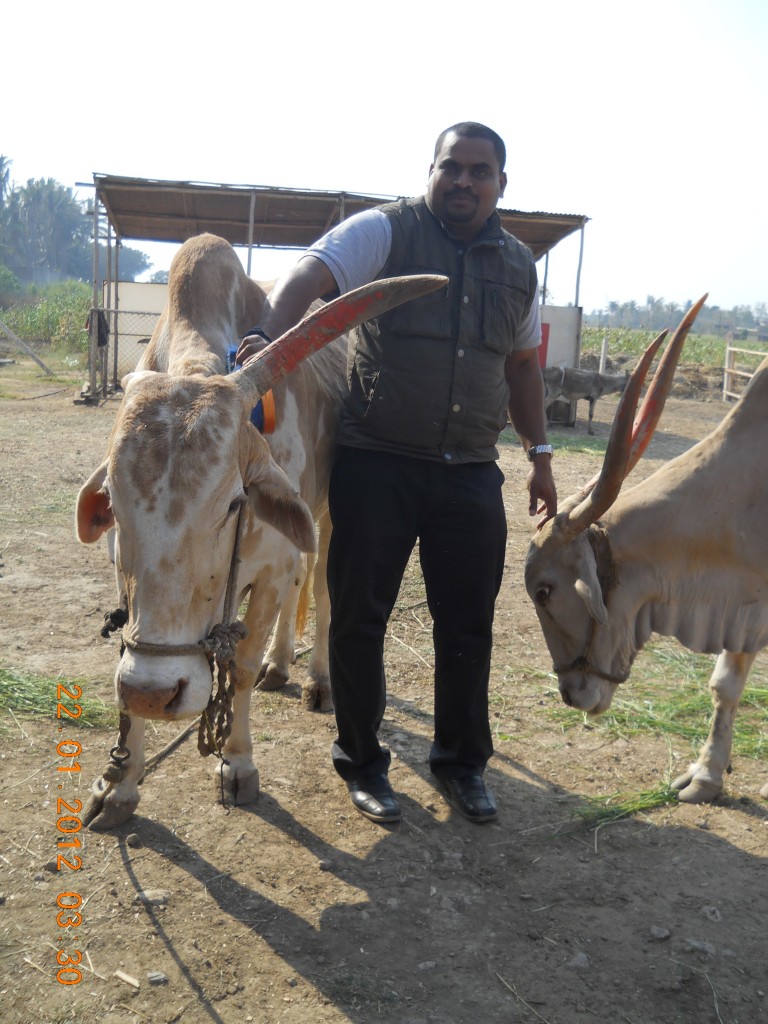 The vet gave up and began grooming a bullock named Rame, who was enjoying the session and leaning into him to urge him to continue. Kakde watched intently and slowly came closer and closer. He reached out and gently touched the brush to Kakde’s forehead. To everyone’s surprise, the animal didn’t move. Within minutes, Kakde was relaxing and even turning his head and body to give access to all the hard-to-reach spots!

Now that the bullocks are used to grooming sessions, the staff doesn’t often don’t even have to use treats to take the bullocks where they want them—they just hold out a brush, and the bullocks come right over.