Police in Maharashtra seized 36 donkeys from an illegal sand-mining scheme and called on Animal Rahat to help. 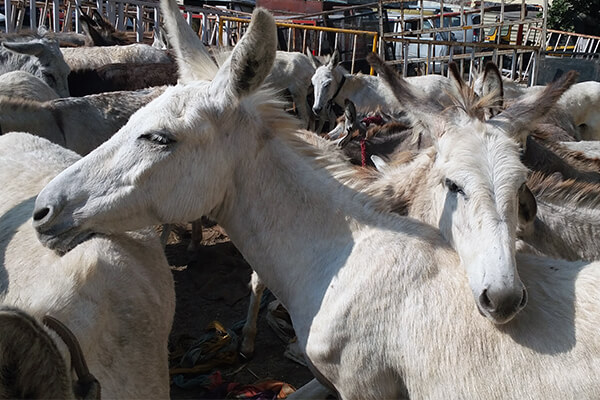 The cruel operation forced the donkeys to haul heavy loads of wet sand from a riverbank to a secret location—always working in the dark, from sundown until sunup. Donkeys are affectionate, intelligent, and patient, and they have amazing physical prowess—and their sure-footedness on difficult terrain often leads unkind people to exploit them and force them to perform backbreaking work.

As if forced labor weren’t bad enough, none of these donkeys were afforded proper medical attention—even one who was pregnant!

When police called Animal Rahat about the animals, its team of experts quickly arranged transport and care for the long-suffering lot. They gathered all of them—35 females and one male—and welcomed them to Animal Rahat’s sanctuary in Sangli for full examinations, vaccinations, and deworming medication. 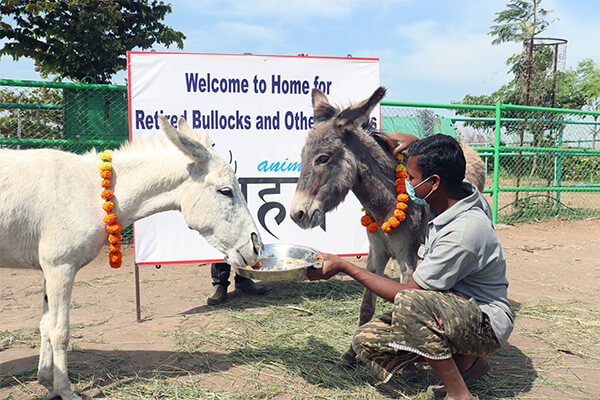 Shortly after arriving, one of the donkeys, named Anika, gave birth to a foal, Daya, under the watchful eye of the sanctuary’s experts. Daya means “kindness and mercy”—a fitting name for a foal conceived in turbulence but born into peace. Thankfully, Daya will never know the heavy burden of hauling wet sandbags. She will spend her days relaxing in the shade or rolling on her back in the grass or dirt to beat the afternoon heat with her mother—both enjoying their leisure time.

Check out this delightful video of the two relaxing at the sanctuary:

These Donkey Foals Are Everything

The four donkey foals born at Animal Rahat’s Sangli sanctuary are growing up so fast!