Karwani is an annual holiday celebrated by animal owners in Solapur. It’s similar to the more widely known holiday Bail Pola (aka “Bendur”), at which people to show appreciation for the animals on whom their livelihood depends. 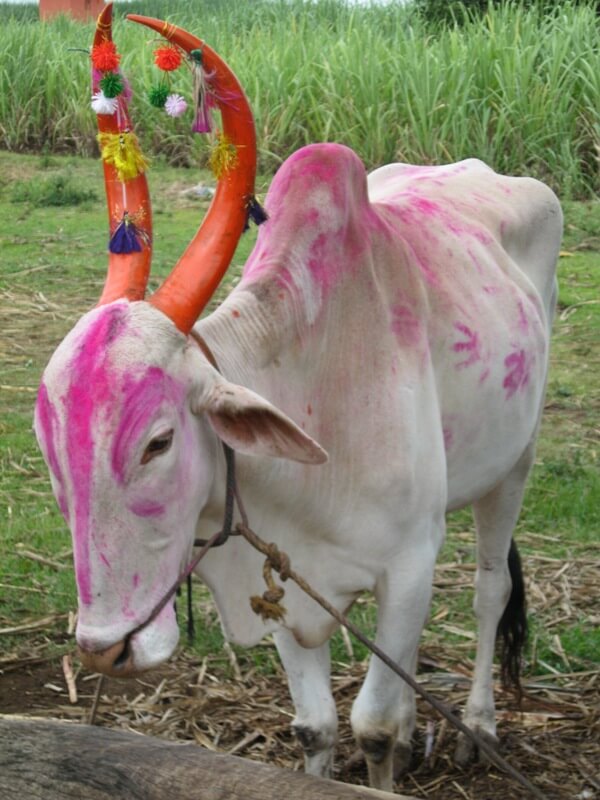 Humans celebrate the occasion by parading bullocks, cows, buffaloes, and goats through the villages after decorating them with colored powder as well as shaving and painting their horns. But the powders and paints are often toxic and can cause serious irritation to the animals’ skin, eyes, and horns—and can even cause cancer. 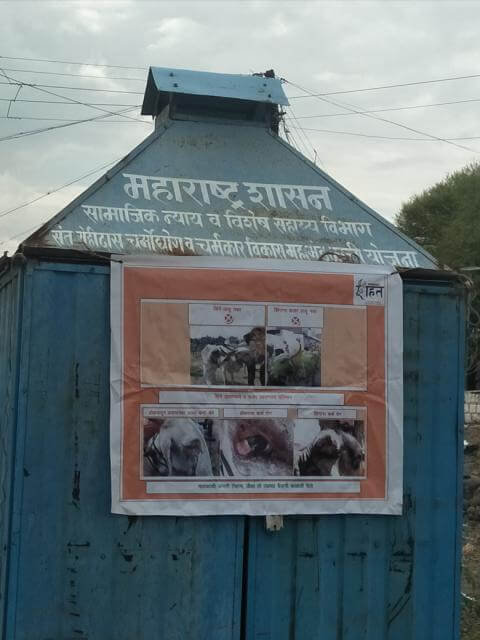 This year, during the weeks leading up to Karwani, Animal Rahat is conducting community outreach—including holding village meetings and displaying informational banners—to dissuade people from horn-shearing and persuade them to use nontoxic paint and powder alternatives that won’t harm animals. 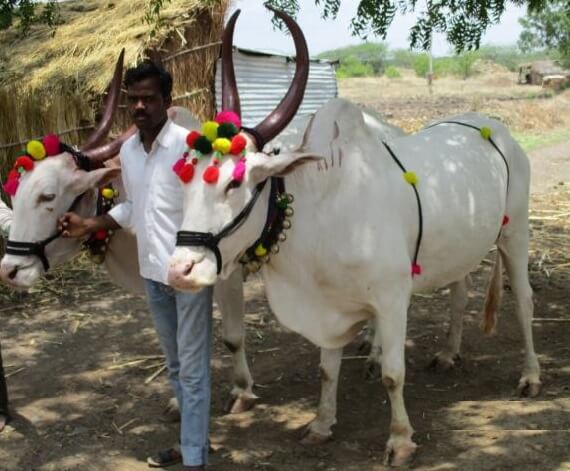 Thanks to Animal Rahat’s work, 769 animals in nine villages have been spared these harmful practices so far. Instead, as pictured above, they were decorated with colorful garlands. Each year, the number of animals who are treated more humanely during this festival grows as the group’s message becomes more ingrained and widespread.

E-Rickshaw Program: Meet Some of the New Retirees

In Delhi, some 300 bullocks and 150 horses are used to haul heavy loads of food, lumber, metal, and boxes of goods....

No bliss for wedding horses

This horse was being made to take part in a baraat—a traditional procession in which the groom rides a white mare...

Owls in India: Threatened by Superstition and Fear

In India, there’s a superstitious belief that an owl sitting on top of a house is an ominous sign of looming ...