To Sunder: Here’s to Five Years of Freedom!

Today is a very special occasion—it’s the fifth anniversary of the start of a sorely abused elephant’s freedom.

Sunder was held captive for years in a temple in India. In temples across the country, elephants are confined to dark, cramped spaces except when they’re taken out to be used as living begging bowls, trading “blessings” (i.e., a raised trunk) in exchange for coins.

Sunder was frequently beaten for “disobeying” or misunderstanding a command and kept tightly bound in heavy chains (often spiked ones) that left deep wounds on his legs. He was denied even basic medical care and never allowed the company of other elephants.

He was sad and miserable in captivity, and he even managed to escape once, pulling down the huge column that he’d been tethered to. Unfortunately, he was recaptured and beaten severely as punishment. 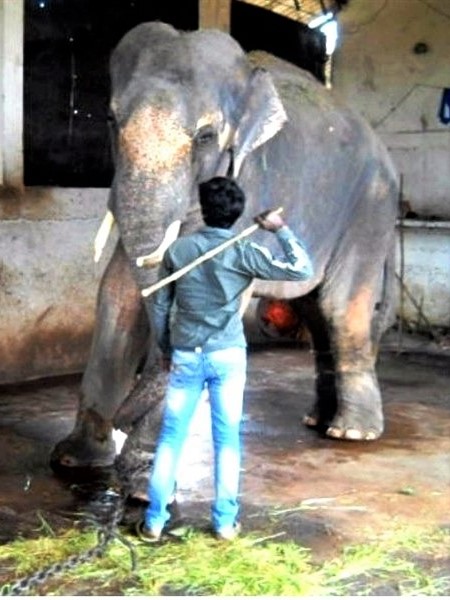 Sunder is beaten by his handler.

Seven years ago—when Sunder was 13 years old—Animal Rahat made an arrangement with the temple that allowed the organization to provide the elephant with veterinary care. Meanwhile, the group knew it had to work to secure his release, and it set out to do just that. 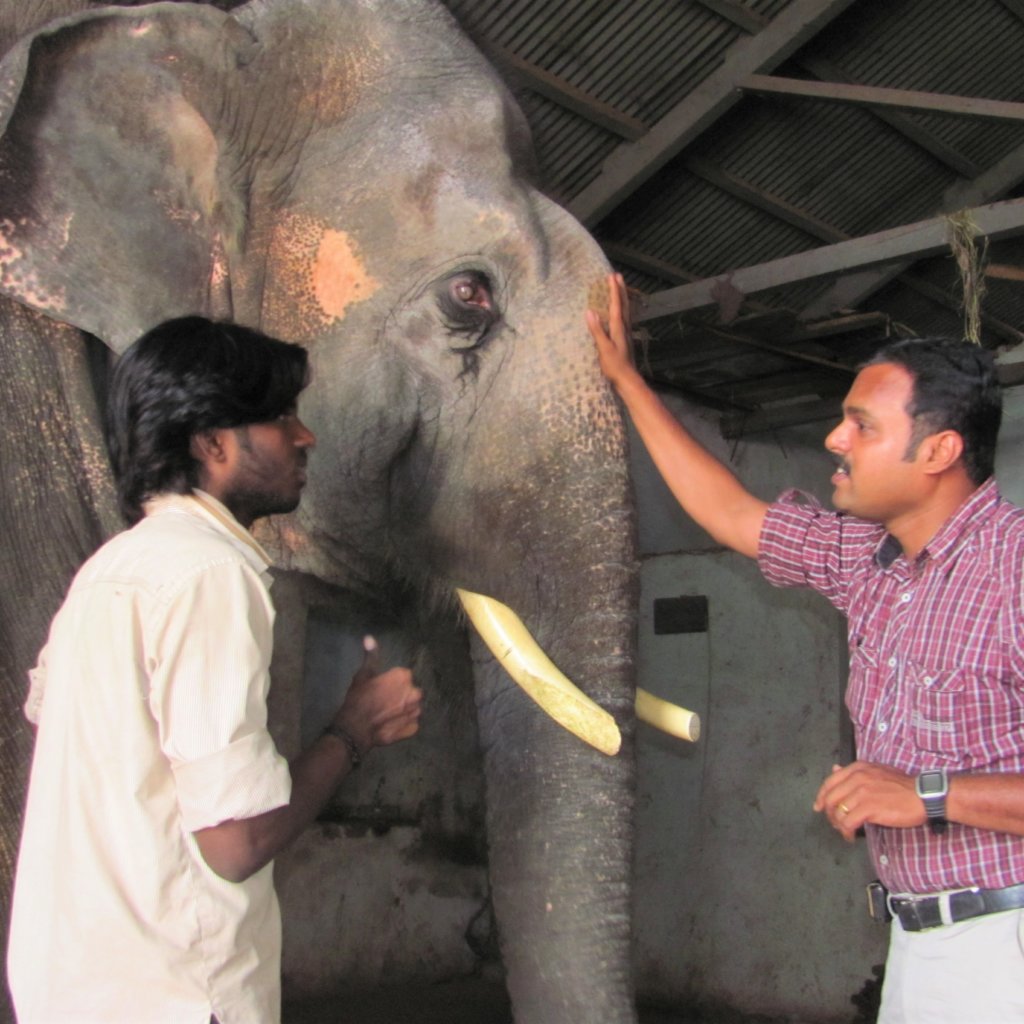 An Animal Rahat veterinarian examines Sunder at the temple.

Animal Rahat joined PETA affiliates worldwide, which, in turn, enlisted celebrities like Paul McCartney and Pamela Anderson and other caring people in an unprecedented campaign to win Sunder’s freedom. And it turned out that he needed all the help he could get.

The Indian government eventually called for him to be taken into protective custody, but the temple fought the order and instead moved him into hiding, which meant that the Animal Rahat veterinarians, who had been providing him with the care that he so desperately needed, couldn’t reach him. For a time, no one was even sure where exactly Sunder was being held, but he was eventually located, thanks to diligent searching and investigating by Animal Rahat.

Finally, after a two-year campaign for his release from captivity, the Indian Supreme Court mandated that he be rescued and rehabilitated at Bannerghatta Biological Park, where elephants roam over 100 acres of fenced, forested land in Bengaluru, India. Around the globe, everyone who had advocated in behalf of Sunder rejoiced over this hard-won victory.

Getting him to the park was another story—one of dealing with thugs and interference—but today, Sunder lives safely there, and June 5 marks his fifth year of freedom! While we all celebrate this happy anniversary, surely no one is happier than Sunder himself. He spends his days foraging in the forest, playing in streams and ponds, and hanging out in the company of other elephants—all things that he was denied at the temple for so many years. 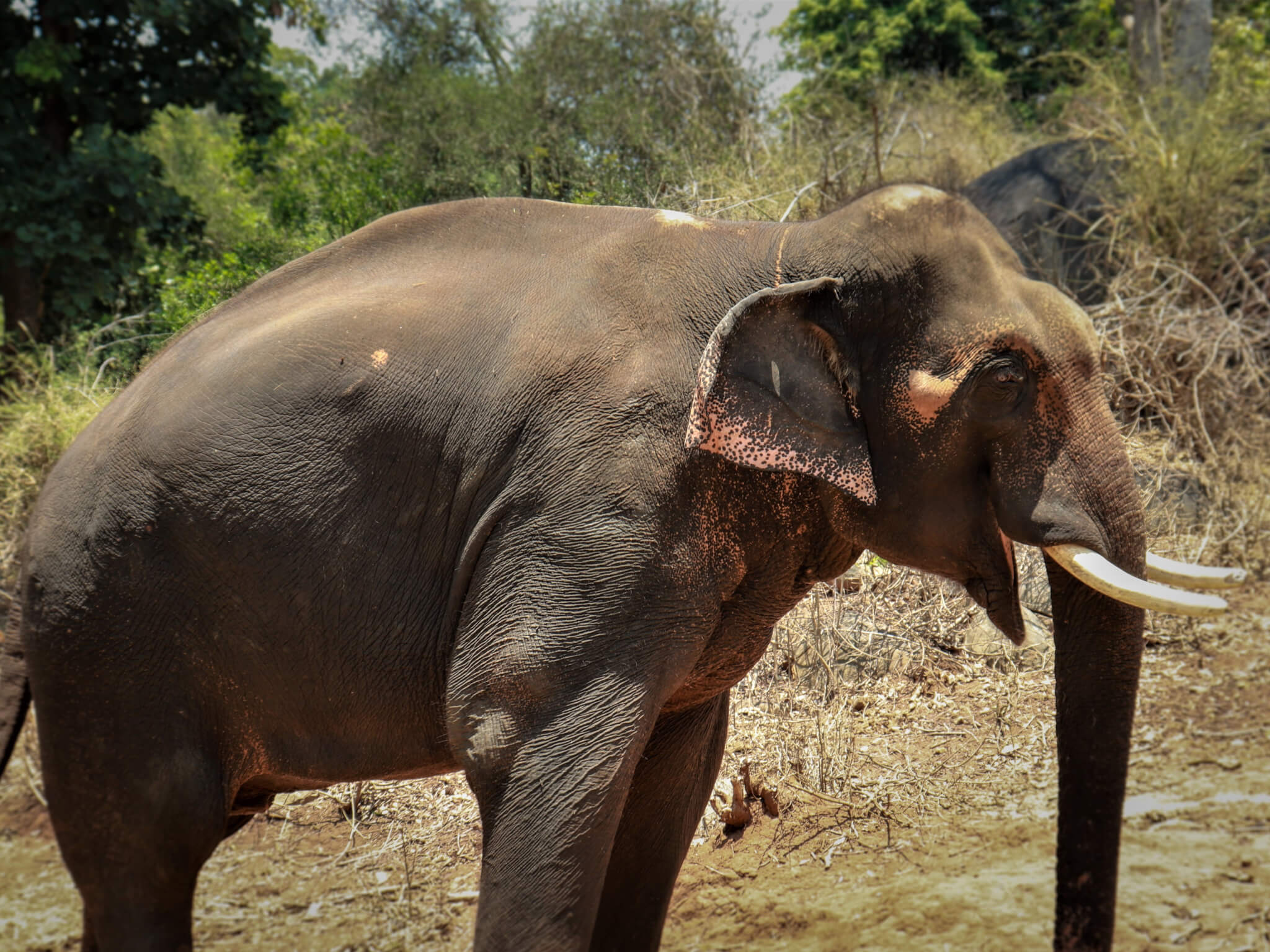 Today, Sunder is all smiles.

Animal Rahat veterinarians visit him regularly, and they’re thrilled to report that he’s flourishing in his new home. Thanks to the park director and his staff, Sunder is in great physical and psychological health. 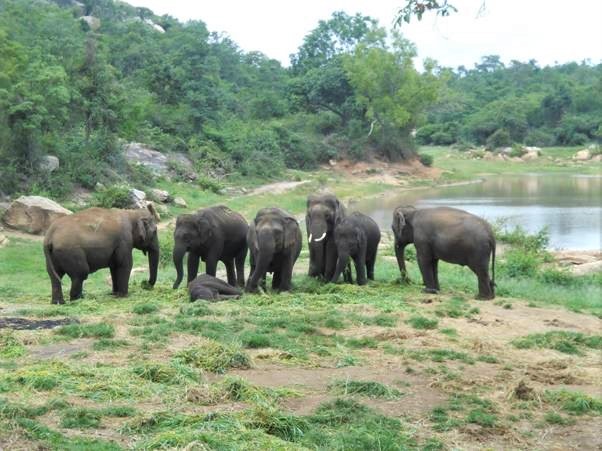 Finally, Sunder is part of a herd.

If you’re as happy about this anniversary as we—and Sunder—are, please make a special gift to support Animal Rahat’s vital rescue work.