This sweet owl had mysteriously lost his ability to fly and was stranded in the yard of a kind woman who called Animal Rahat. 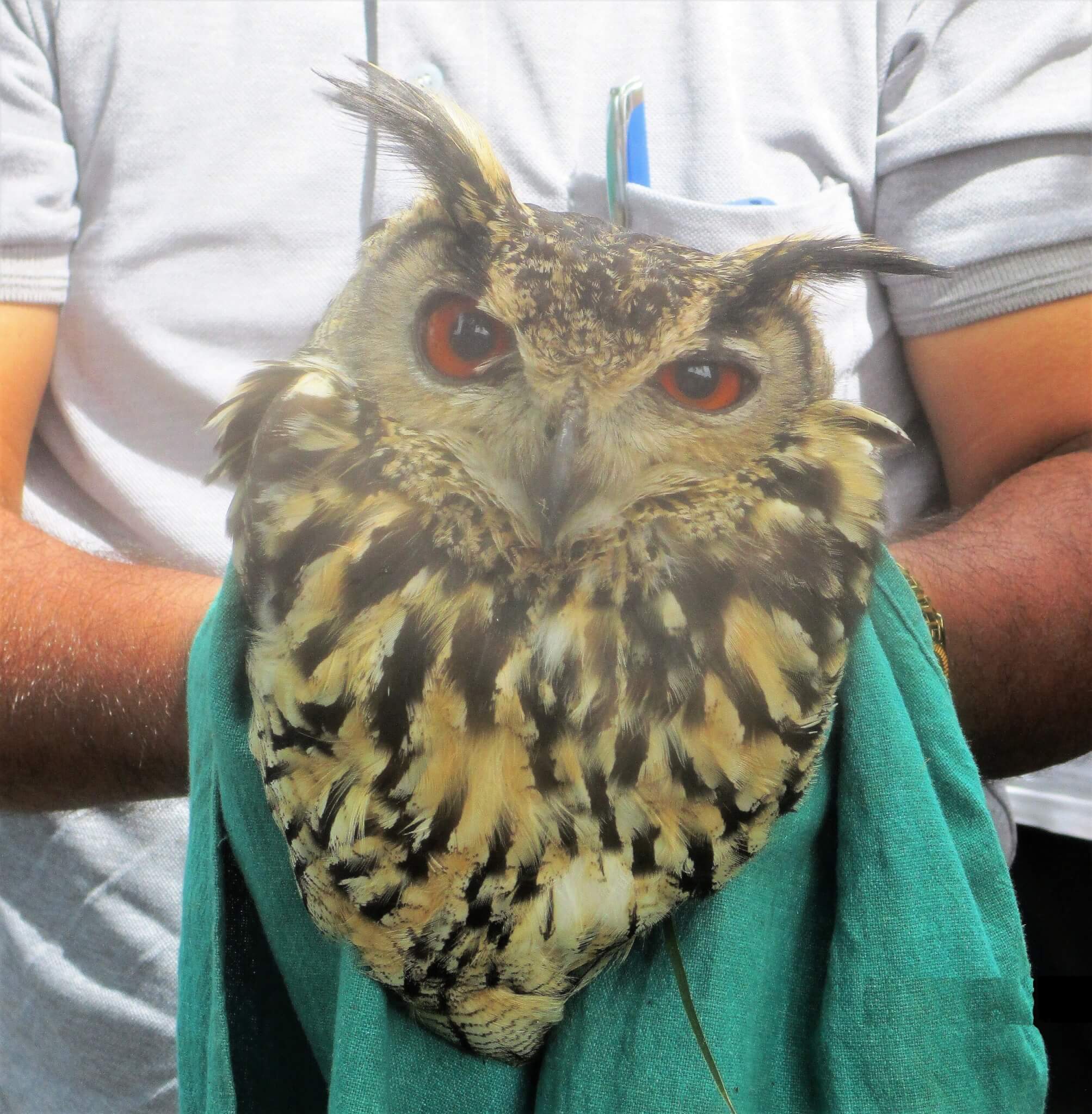 The rescue team responded immediately, scooped up the flightless bird, and transported him back to the office for an examination. Animal Rahat’s veterinarian found no external injuries and provided him with vitamin drops, food, water, and a comfortable place to rest.

After two days of rest for the owl, the team released him near where he had been found. He took flight at first but soon became grounded again. Animal Rahat took him back under its wing and transported him to a reputable wildlife rehabilitation facility nearby, where he will receive the expert care necessary to make a full recovery.

Animal Rahat revives a helpless kite who was unable to fly.