An Animal Rahat staff member noticed a pony wandering down a street in Sangli and spotted something horrifying: Some cruel person had used copper wire to “staple” her vulva closed in an abominable attempt to keep her from mating!

This poor pony must have been terrified—and in monumental pain—when she was pinned down and her sensitive flesh pierced repeatedly with the thick pieces of copper. To spare her any further suffering, Animal Rahat staff immediately sprang into action. 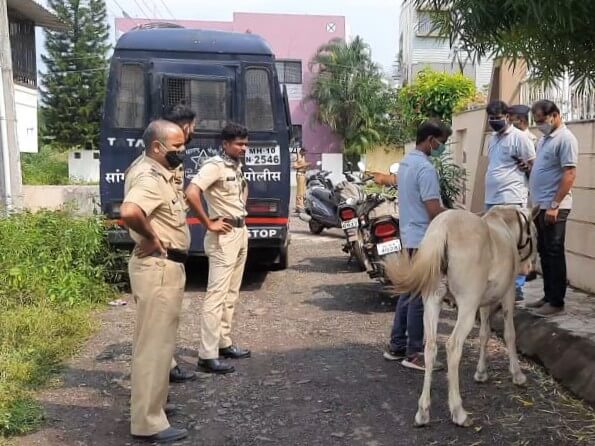 After filing a cruelty-to-animals report with the local police, an Animal Rahat veterinarian immediately removed the wire. The team also contacted a government veterinarian who provided police with a statement supporting the assessment that this act was cruel and caused the pony tremendous pain and suffering. 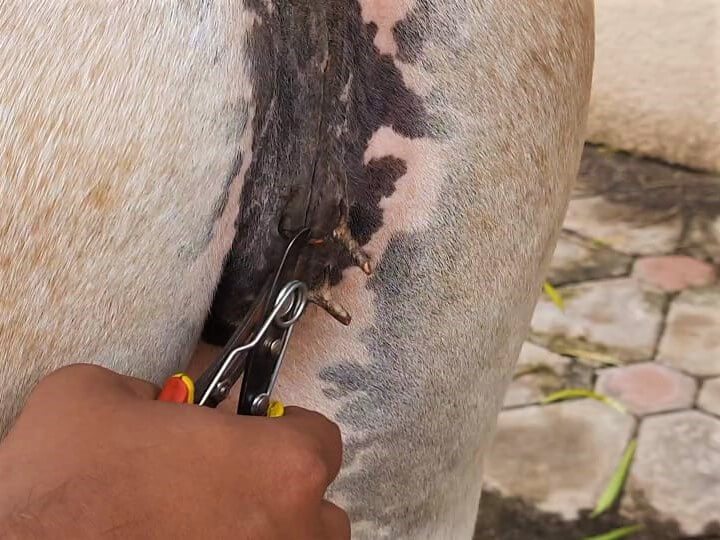 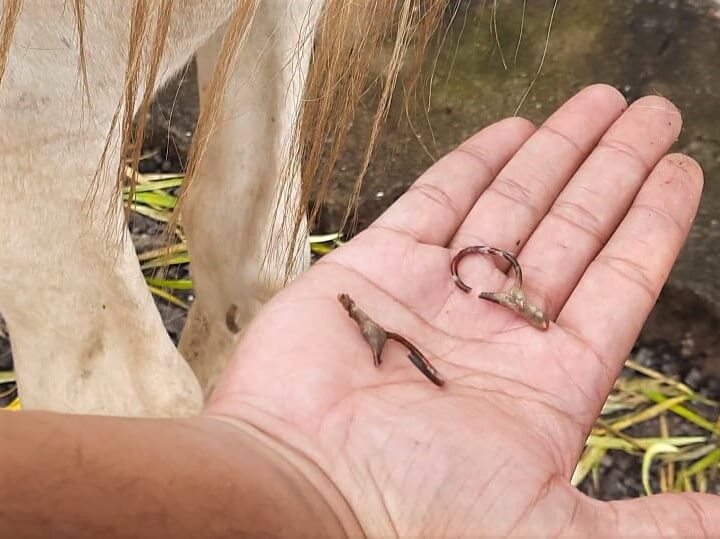 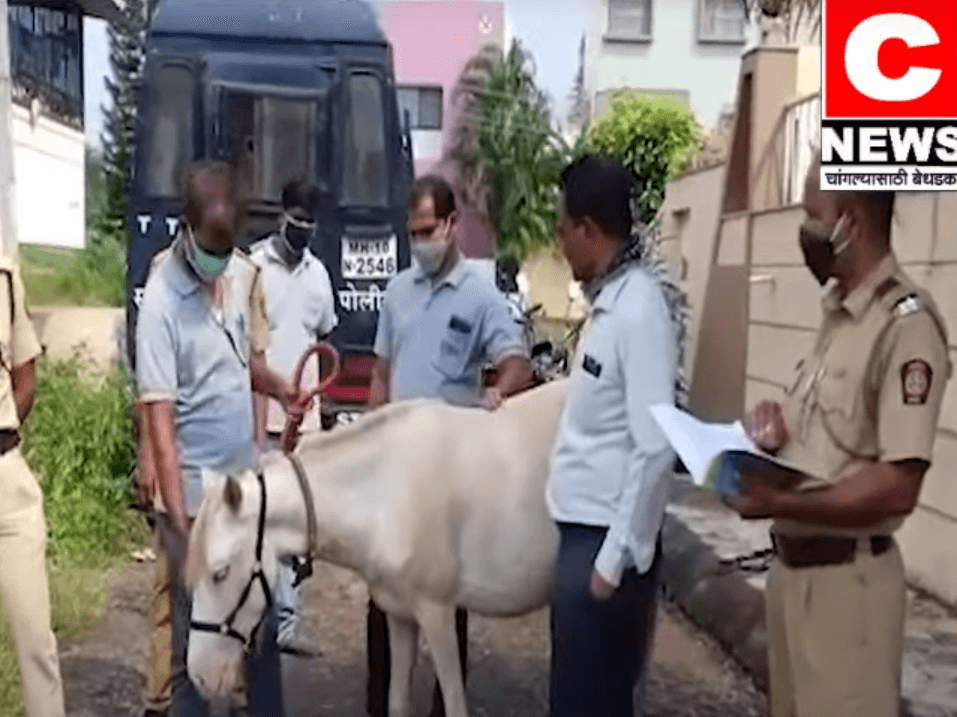 Click on this photo to watch local news coverage of this pony’s rescue.

Once the heinous “staples” were removed and the necessary documents were in order, the pony was ready for transfer to her new home: Animal Rahat’s sanctuary!

There, she joined other rescued animals, including Marguerite, a pony who had endured the same cruel procedure.

We’ll share photos of the lucky new resident’s life at the sanctuary just as soon as she’s had more time to settle in.

You can help Animal Rahat rush to the aid of more animals like her by making a generous gift today.