One of the best sights in the world is seeing new residents at Animal Rahat’s sanctuary in Sangli form friendships. It’s often their first chance ever to do so with another living being—whether of the same species or not!

One resident bullock named Hiren appointed himself the godfather to a foal named Rudi, helping Rudi’s mother get him all cleaned up for mealtime. 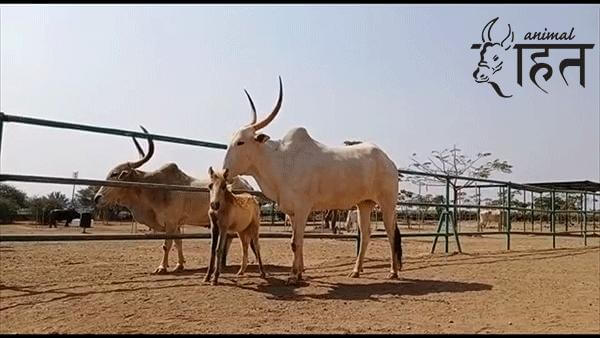 Hanmanth, the brown bullock pictured below, had been abandoned on the street. By the time Animal Rahat found him, his harness had become deeply embedded in his face. That was three years ago, and look at him now—basking in the sun with rescued cow Sharon, both of them freed from a life of toil and strife. 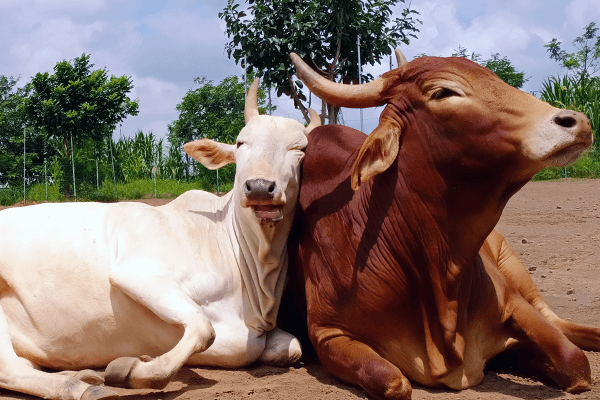 Vishal and Sweetie were only puppies when they were discarded outside the sanctuary. Animal Rahat opened its gates to them, warmly welcoming them as permanent residents, and the two puppies went from surviving together to thriving together. Animal Rahat’s loving sanctuary is the perfect place for their brother-sister relationship to grow. 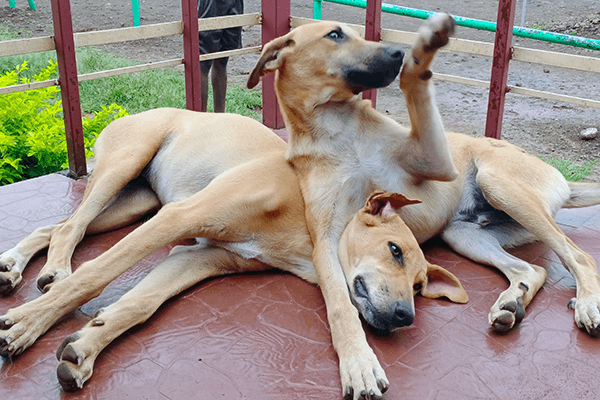 Ending the Barbaric Ways in Which Bullocks Are Castrated

From despair to happiness: one bullock’s rescue.

An overgrown hoof was causing a bull a great deal of pain.