Confused and in distress, an abandoned bull was hanging around a brick kiln just a few paces from Animal Rahat’s sanctuary outside Delhi. He had a large wound on his side that was infested with maggots, causing a great deal of pain. Animals like him are often forced to fend for themselves when they become too old, sick, or injured, but luckily, one of Animal Rahat’s veterinarians spotted him just as he had finished his rounds at the sanctuary, and he sounded the alarm for the sweet bull’s rescue. 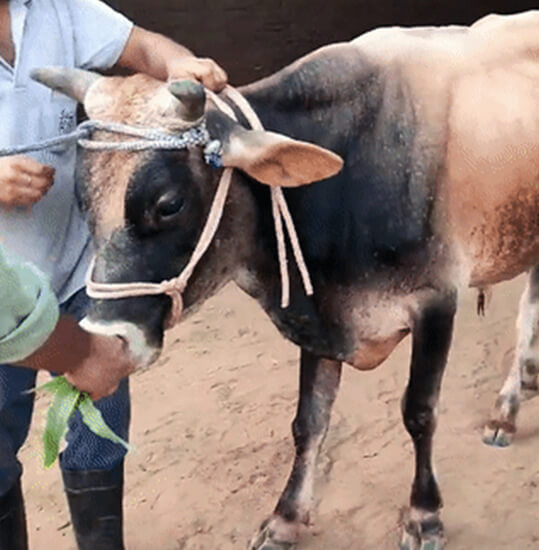 Staff arrived quickly with mango leaves in hand, and they slowly led him to the sanctuary. He had no way of knowing it, but his life was about to change from one of toil, despair, and desperation to one of peace, kindness, and relaxation. 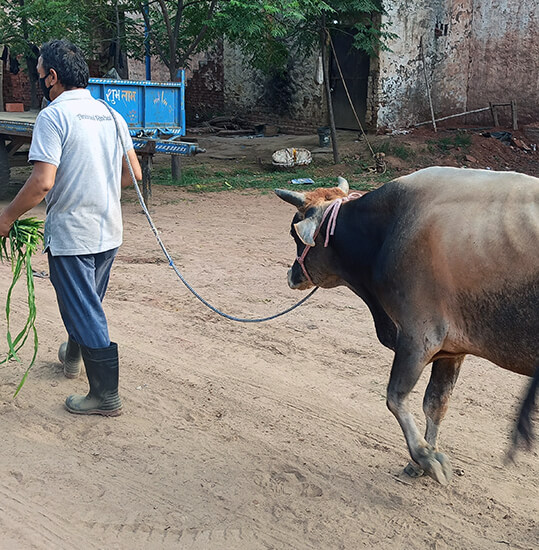 He was given a proper welcome at his new home and a name—Nandi—and is now receiving daily treatments for his wound. Take a look at the clip below of him after he was released from quarantine to be among the other residents. He did a victory lap at full speed around the sanctuary! 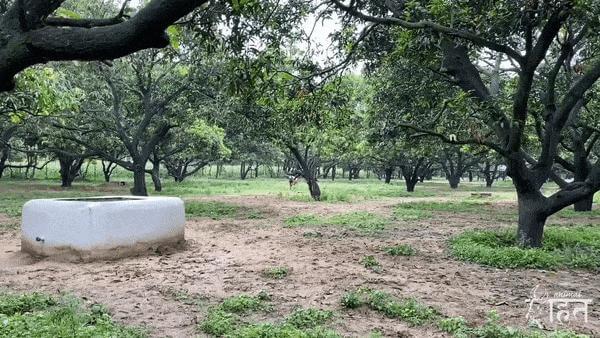