Many of the “community dogs” found roaming in villages across India wouldn’t survive without the kind people who regularly provide them with food. And when a dog’s situation becomes an emergency, many of those same people turn to Animal Rahat’s team for help.

That was the case for two puppies—Ramit and Rashmi—who were recently separated from their anxious mother after falling into a 10-foot-deep tank. The man who had been feeding them noticed their predicament and, finding that he couldn’t pull them to safety himself, asked Animal Rahat to come to the rescue. 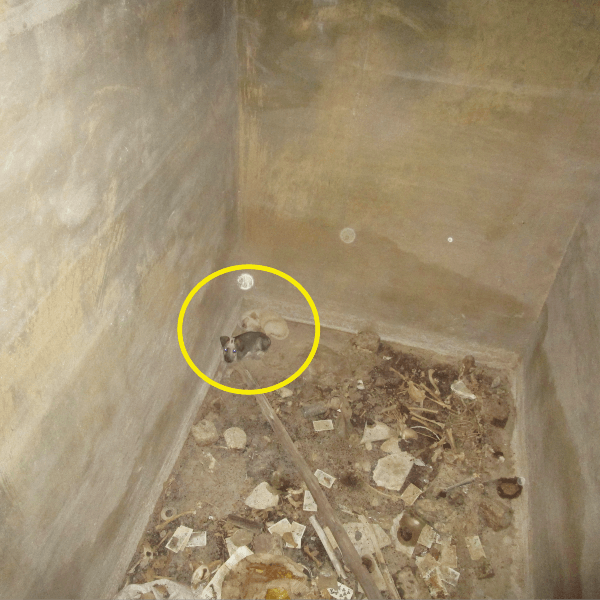 Once the rescue team arrived, the man provided them with a ladder, which they used to climb down the tank and carefully carry both pups out. As they were resting and nursing from their mother once again, the group covered the opening to the tank to prevent any other animals from becoming trapped inside. 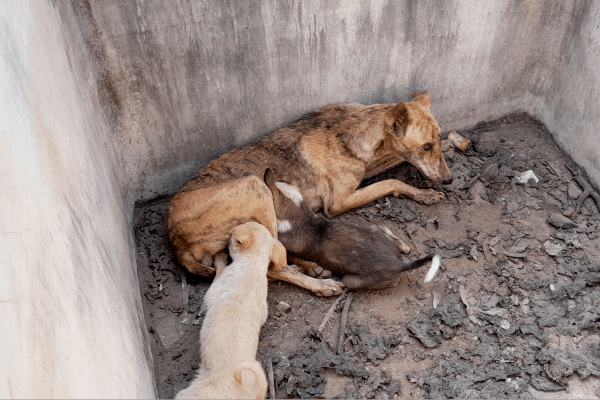 Over the next few weeks, the feeder kept an eye on the family until the puppies were of weaning age. At that time, Animal Rahat returned to sterilize and vaccinate them, providing all three dogs with hearty meals, fresh water, and a day of rest. 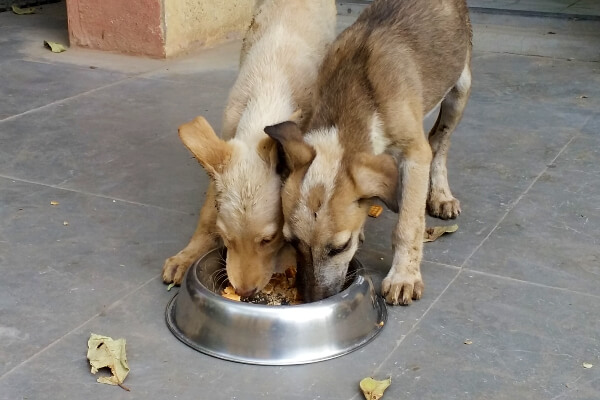 The next day, their mother was returned to the neighborhood of the compassionate man who will continue to feed her and keep her under his watchful eye. As for Ramit and Rashmi, they’ve both been adopted into a loving home! 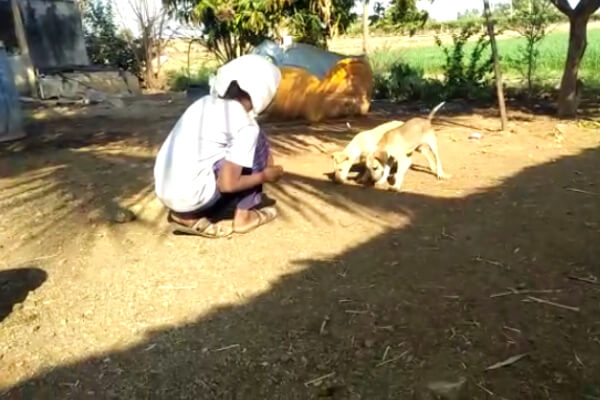 After being rescued, thanks to the diligence of a man who regularly helps animals in need, these two lucky pups are now part of a caring family, who will always ensure their safety and happiness.

She Was Trapped in Tar—Now She’s Totally Transformed!

It took days for Animal Rahat's team to clean all the tar off this puppy's tiny body.

No one knows how this kitten ended up stranded on a building ledge, but one thing was certain: She needed help. For...