After weaving through a building under construction looking for food, this starving dog jumped down onto a terrace and found himself hopelessly stranded with no way to get out. 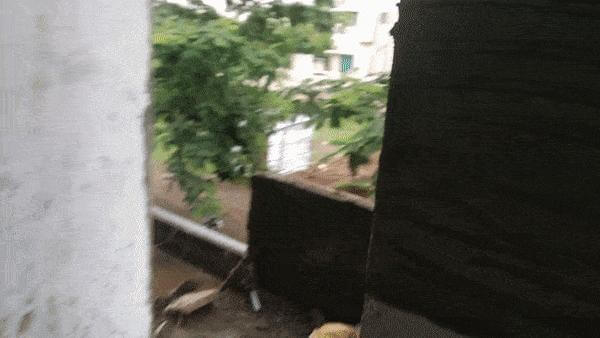 At some point, a worker came upon him while checking on the building. He called Animal Rahat’s emergency line, and the rescue team set out immediately.

The dog was so worn out from trying to escape that when the team reached him, he barely mustered the energy to respond to his rescuers.

Using boards as a makeshift ramp to overcome deep pools of rainwater, a staff member reached the dog and carried him to safety. After bringing him back to the office, the team checked him out from nose to tail, comforted and fed him, and made sure he got a dose of multivitamins.

After the pup got some rest, a staff veterinarian sterilized him and looked after him as he recovered. The staff affectionately named him Sam, and he stayed comfortably at the office for a few days. Sam loved spending time with the staff and enjoyed his grooming sessions. When it was time to let him go, he was returned to his neighborhood. 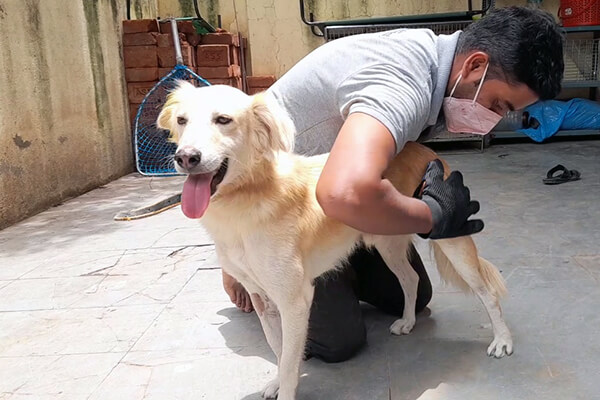